Józef Karol Czulak was a former Polish cavalry officer who had survived the heroic charges against Hitler’s panzer tank battalions in the battle for Poland. He had later taken part in the Normandy invasion, which qualified him for British repatriation and enabled him to take an Agricultural Science degree and a Postgraduate Diploma in Bacteriology at Reading University.

CSIRO asked Czulak to come to Australia and he arrived in 1951 with his Scots wife. Within two years he had solved the cheese stater culture problem being encountered by the Australian cheese industry and spent the next twenty years doing what the industry thought was impossible, mechanised cheese making. 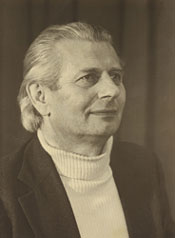