Until this time, researchers had been able to add genes to living organisms but could not cut genetic messages reliably.

In 1989, a joint venture called Gene Shears Pty Ltd was established to develop the new technology commercially, especially in medical and agricultural fields.

One of its first prototype products aimed to inhibit HIV replication in infected patients by gene therapy. 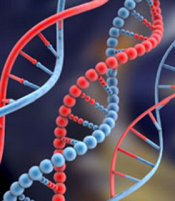