Many chemical and physical processes in science and industry are marked by a change in the cloudiness or turbidity of a liquid. This turbidity can be measured by an instrument called a nephelometer. Beginning in the 1970s, Clive Coogan, from the Division of Chemical Physics, developed a new instrument, known as the Fibre Optic Nephelometer that was a significant advance in the measurement of turbidity. Previously, nephelometers measured turbidity of a liquid by shining light through a beaker containing the solution to be measured and detecting changes in the structure of the light beam. Coogan’s new instrument used the same principle, but utilised two optic probes which were inserted into the liquid. One probe shone light into the liquid and the light would then pass back up the other optical fibre where it was analysed. The system’s key advantage was that it was highly portable, enabling quick and accurate readings to be taken in the field. It has many applications.

Coogan’s nephelometer was commercially developed by HB Selby Australia Ltd and was put on the market in 1986. It recorded $2 million in sales over the next three years, being substantially superior to its commercial rivals. By 2005 it was the leading field deployment probe for measuring turbidity and has a large overseas market, particularly in the USA.

Like most inventions, the nephelometer leapt at Coogan out of the dark when he was working on something else. During the 1970s he had been using nuclear magnetic resonance to study the microstructure of crystals. During that project he often wished he had some device that would automatically follow a line drawn by a recorder, some form of optical device that would ‘see’ the difference between the dark line and the white paper and perhaps represent it as a change in voltage in an electric circuit that could be used in some form of feedback device to control the recorder itself. Coogan was also interested in the problem of the control of the heating of furnaces where the temperature had to be increased with time in a predetermined fashion. Again, a device that could follow a line on a graph would help solve that problem. Finally, he had developed an interest in optical fibres, then a CSIRO specialty, as early as 1970 when he was the head of the Solid State Chemistry Section of the Division of Chemical Physics.

Coogan began to play with optical fibres and lines drawn on paper in his office using rubber bands to hold two fibres together and a desk lamp as the light source. The light was shone down one fibre onto the graph. If it struck white paper, the light was reflected up the second fibre. If it struck a dark line, it wasn’t. Eureka? Not quite. The device to track a graph was never made.

Suddenly, in a ‘blinding flash’, came the idea of measuring cloudiness in liquids. Coogan thought: Why not use reflected light to measure turbidity

He tested the idea by setting up in his kitchen a crude device similar to the one he had earlier used in his office. However, this time he experimented with clear water and water clouded by a few drops of milk instead of white paper and black lines. His expectations were amply fulfilled and a new, robust and particularly sensitive

Now, why did Coogan jump from an optical device for tracking lines on sheets of paper to measuring the cloudiness of liquids? He has no idea. Nobody he knew of in CSIRO was conducting studies in the area and he had never shown interest in it himself. His brain made the leap quite spontaneously. However, once the idea emerged he knew what to do with it.

The drawings accompanying Coogan’s US Patent Number 4,690,560 (see Related information below). They schematically depict three alternative embodiments of apparatus in accordance with the invention intended primarily for use as nephelometers. Like parts in the drawings are indicated by like reference numerals.

Having been trained by Lloyd Rees [Chief of the CSIRO Division of Chemical Physics] to always seek a commercial application for a discovery, Coogan took his working model to Selby Scientific and Medical Company, a long-established firm trading in scientific instruments and a one-time manufacturer of instruments themselves.

In the past, Selby had often helped CSIRO. Coogan thought that his nephelometer might now help it to re-establish itself as a manufacturer. Like Rees, Coogan was keen to see an Australian scientific instrument industry come into existence.

Selby did not respond with much enthusiasm but it did respond. It asked one of its senior managers, Roger Sayers, to turn Coogan’s working model into a prototype for a commercial instrument. Sayers had emigrated to Australia in 1980 after resigning from his position of Technical Manager of Electrothermal Engineering in England. Success was not immediate. The first attempt was a total failure, giving the same reading for milk as for water because a bubble had been trapped between the optical fibres and the liquid.

The next instrument eliminated the bubble and worked as expected, except that it covered a far wider range of turbidity than anticipated (from milk to nearly pure water) but showed a lack of sensitivity at the lower end (that is, nearly pure water). A disappointing result, but a promising one. After some thought, Coogan decided that they should ‘code’ the light emerging from the nephelometer and look for a signal coming back along the other fibre that exhibited this ‘code’, rejecting extraneous signals. This system worked well, improving the sensitivity at the lower end, and was incorporated into an instrument that was small, cheap and easy to use, requiring only that the probe from the nephelometer be inserted into the liquid under test to obtain a reading.

The instrument was put on the market in 1986 and recorded $2 million in sales over the next three years, being substantially superior to its commercial rivals. By 2005 it was the leading field deployment probe for measuring turbidity and has a large overseas market, particularly after a US company, McVan Instruments, began marketing them in 1993. According to John Van de Vreede, a Director of McVan Instruments:

Turbidity is now recognised as an incredibly useful parameter, although this has really only occurred in the last ten years. It is a reliable indicator of pollutants and is used extensively in water and environmental testing

About half of McVan Instruments’ sales are of turbidity instruments and 90% of those are sold in the USA. 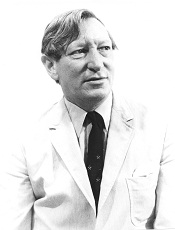