John Parslow graduated with a BSc (Hons) in Mathematics from University of Queensland in 1974, and obtained his PhD in marine ecosystem modelling from University of British Columbia, Canada, in 1981. After completing a postdoc in phytoplankton ecophysiology, he joined the CSIRO Division of Fisheries in 1987 to work on ocean colour remote sensing.

As Acting Section Head for Biological Oceanography in the Division of Fisheries, he led the development of the Australian Joint Global Ocean Flux Study program in the early 1990s. He has been principally involved in coastal research since that time, and has led the Coastal Modelling Team in CSIRO Marine and Atmospheric Research since 2000. He led the Integrated Coasts and Oceans Management Theme from 2005 to 2007. 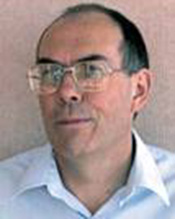