Robert Anderssen was born on the Black Friday ‘ Friday the 13th ‘ in 1939 in Brisbane, Queensland and was educated at schools around Queensland, in Tingalpa, Wynnum North, Bundaberg North, Maryborough and Charters Towers.

Bob Anderssen is a mathematician who specialises in mathematical modelling to solve challenging problems in image recovery and reconstruction, rheology and biology. His work illustrates the breadth of applied mathematics and has been published in research journals on agriculture, cereal science, mathematics, even brewing. As he states:

Being a mathematical modeller in CSIRO is a challenge and a pleasure. There is a never ending list of new applications that yield new perspectives about established mathematics as well as requiring the generation of entirely new structure.

The biggest challenge is the conceptualisation of the essence of the problem to the point where a pattern is exposed which can be modelled mathematically.

Along with various colleagues, he has been investigating more theoretical matters related to:

He has used mathematics:

Other research interests include:

Bob Anderssen is promoting maths to a new generation by contributing to the production of the CSIRO and Australian Mathematical Sciences Institute newsletter, Maths by Email. He advises on maths topics and assists the editors with checking their maths facts. 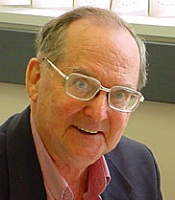