BCAider is a computer based aid to help architects, engineers, building surveyors and educational trainers to apply the Building Code of Australia to all types of buildings.

The software was licenced for distribution initially by Butterworths from 1991 for about 6 years and then licenced to CBH. CBH ceased distribution around 2005 and CSIRO decided not to pursue further product support and licencing.

The BCAider software won seven awards for its innovative design and value to industry, including an Australian Design Award, Australian IT Association’s Product of the Year Award and several building and engineering awards.

The building and construction sector accounts for about 7% of GDP. Since all other sectors are dependent on efficient construction of buildings and infrastructure, it has been shown that a 10% improvement in construction efficiency can add 2.5% improvement to GDP per year. Often skill shortages and staff turnover cause valuable industry knowledge to be restricted or lost, so capturing some basic expertise in computerised ‘expert systems’ available anywhere at any time can help offset these limitations.

Where an expert’s knowledge has not been previously documented in a structured way, a knowledge engineering exercise is undertaken to extract the knowledge which is usually represented in a tree structured rule based format and then converted into a computer program.

The expert system will typically start by asking questions and as it receives responses will follow appropriate branches until it has sufficient information to reach a conclusion. A distinguishing feature of expert systems is an ability to explain the reasoning and how a particular conclusion is reached, unlike most other computer based systems.

Artificial intelligence ‘ diagnostic and rule based systems in general

In 1984 Dr Sharpe and his CSIRO colleagues began studies of computer based expert systems as part of a research program in Artificial Intelligence (AI).

Expert systems are well suited to diagnostic systems and rule based systems such as codes and regulations. The CSIRO research began with applications that aroused industry interest and attracted funding support. These included expert systems for a sewer network, an electron beam welding system, the Australian wind loading code for buildings and controlling noise for high speed railways. Other related research included a 3-year project for Melbourne Water valued at $5 million to develop a prototype sewer pipe inspection system using video capture and image processing to detect sewer defects.

Expert Systems in Building and Construction

In 1989 they began development of an expert system for the Building Code of Australia (BCA) in collaboration with the Australian Building Codes Board (ABCB), Jennings Housing and Butterworths. The BCA regulates over $40 billion worth of building construction per annum from houses, factories to multi-storey complexes. Errors and approval delays have been identified as adding significantly to the time, cost and safety of construction.

The development cost $1.5M over 3 years and was completed in 1991 to run on personal computers. It was then released and licensed to about 1 000 architects, engineers, building surveyors and educational institutes. A version was also developed for the Malaysian Building Code at the request of the Malaysian Government. BCAider was the world’s first commercially viable expert system for building and construction. 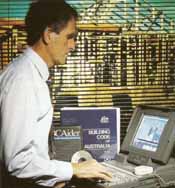 BCAider was designed for both office and construction site use. [Source: CSIRO]

The BCAider software won seven awards for its innovative design and value to industry. These were:

The software was licenced for distribution initially by Butterworths from 1991 for about 6 years and then by CBH. CBH ceased distribution around 2005 and CSIRO decided not to pursue further product support and licencing. 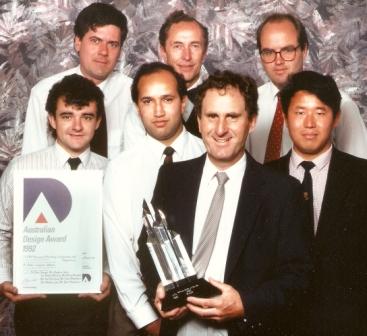 BCAider, a computer based aid to help the building industry. [Source: CSIRO]