Her father Rolfe enlisted in the Australian Military Forces in November 1916 when he came of age and embarked from Melbourne in May 1917 for the Western Front. He saw active duty as a gunner in the Somme region, France. On his return to Melbourne at the end of the war he met his future wife Isabel, when he boarded at her mother’s home in Elsternwick. He bought a dairy farm in Derrinallum near Camperdown, as part of the returned Soldiers Settlement Scheme and he and  Isabel lived in there after their marriage in 1925. The family moved to Melbourne in the mid-1930’s where Rolfe worked at Malvern Star before becoming an Estate Agent.

Joy’s primary education was at Derrinallum and South Caulfield State Schools, and her secondary schooling at Hampton High School where, in 1943, she was Head Prefect. Joy captained the High School hockey team and continued competing in A Grade hockey after leaving school.

At the CSIR Division of Industrial Chemistry (1944-50)

By the end of her High School years, she had developed a strong ambition to be a research scientist. Unable to afford a university education, her scientific career commenced on the bottom rung of the ladder in February 1944, where, at the age of seventeen years, she joined Ken McTaggart’s group as a Junior Laboratory Assistant in the Minerals Utilization Section of the then CSIR Division of Industrial Chemistry. Concomitantly, she commenced by night, part-time study of two Associateship diploma Courses (Applied Science and Applied Chemistry) at the Melbourne Technical College in the well-founded belief that on graduating she would be promoted to the research staff of the Division. With the financial aid of a Senior Technical College scholarship, she successfully completed both courses in six years. But, in those six years the basic qualifications needed for entry to the research ranks had changed and a diploma or BSc degree was no longer adequate. On graduation, she was promoted to the professional technical staff of the Minerals Utilization Section. However, in 1950, she resigned from CSIRO to travel overseas.

During three years in the UK she was employed first as an Experimental Scientist in the Metallurgy Division of the Atomic Energy Research Establishment at Harwell, and later as a Research Assistant in the Metallurgy Department of Birmingham University. These years gave her an abiding interest in physical metallurgy, an interest that in later years extended to solid state chemistry in general, and was to have a major influence on her work in mineral chemistry.

Returning to Australia in 1953, she rejoined McTaggart in the Minerals Utilization Section as an Experimental Officer to work on phototropic effects in titanium dioxide and other white oxides, and on the chemical properties of the sulphides, selenides and tellurides of titanium, zirconium, hafnium and thorium. Independently, she undertook a project sponsored by Western Mining Corporate Ltd. on the extraction of lithium from Western Australian spodumene ore.

In later years, she collaborated with the Section Head, Richard (Dick) Grenfell Thomas, who subsequently became the first Chief of the Division of Mineral Chemistry, on a project initiated by him on the nature of argillaceous odour or ‘the smell of rain’. Thomas gave the name ‘petrichor’ to this odour. The work continued after Thomas’s retirement in 1961, and publication of their findings in Nature (1964) and Geochimica et Cosmochimica Acta (1966) generated much international interest. Magnus Pyke, popular science broadcaster on the BBC, featured the subject in one of his programmes, and later as a chapter in his book Butter Side Up! (John Murray Ltd 1976). In 1972 Bear’s publications on the subject gained her a Fellowship Diploma in Applied Chemistry from the Royal Melbourne Institute of Technology.

In the early 1960s, as part of the background research for a major project aimed at developing a zirconium salts industry for Australia, Bear was asked to investigate the thermal dehydration of zirconium sulphate tetrahydrate ‘ the stable hydrate at room temperate. In the course of the work she made the serendipitous discovery of previously unknown higher hydrates (a heptahydrate and two pentahydrates). These hydrates were metastable at room temperature and transformed to the stable tetrahydrate. This was the beginning of an extensive study of compounds in the zirconium sulphate-water system, which revealed further metastable hydrates. In collaboration with Gus Mumme, who had become an expert crystallographer under David Wadsley’s tutelage, the crystal structures of seven zirconium sulphate compounds were determined. The work enabled Bear to elucidate the mechanism by which these compounds and metastable compounds in general, are formed.

On good authority, Bear had been advised that CSIRO considered scientists produced their most creative / productive work before they reached the age of forty years, so a scientist was unlikely to be reclassified to the research staff after reaching that age. Nevertheless in 1967, the Chief of Division, Ivan Newnham, argued with the CSIRO Executive and won a special case for Bear’s reclassification to that status. Notably, she was to be the only woman appointed to the research ranks of the Division of Mineral Chemistry over the years of its existence (1959 to the end of 1987).

In the years following her promotion, Bear led research in many aspects of solid state and mineral chemistry. For instance, with colleagues, she developed a variety of compacted powder anodes from galena (a lead sulphide mineral) for use in a process for the electrowinning of lead directly from that ore; determined the mechanisms of sintering in hot-pressed lead sulphide compacts via electrical measurements; and discovered a new segregation-roasting process for treating lead sulphate residues, smelter fumes and by-products.

In 1978, she was awarded a Senior Doctoral Degree in Applied Science by the Victoria Institute of Colleges for her published research. The following year she was promoted to Senior Principal Research Scientist.

During ‘The Institute Years’ of the Division (1979’87), as well as continuing studies which unravelled the mechanism of a cementation process for treating lead sulphate materials, Bear and her colleagues, particularly Bob Flann and later Ken McDonald, turned their attention to an investigation of the properties of precipitated nickel metal powder and the development of compacted nickel and nickel-iron powder anodes for electroplating purposes.

Recognition of her achievements brought involvement in education matters as a part-time Commissioner on the Victorian Post-Secondary Education Commission (1986-1990); Chairperson of the Advisory Committee on Technological Research and Development in Colleges of Advanced Education (1987 ‘ 1990); and a Member of Ballarat University College Bachelor of Applied Science Course Advisory Committee (1989 ‘ 1992).

She was ‘Guest Speaker’ at the Derrinallum High School 1979 Annual Prize Giving; by invitation wrote the Foreword for the 1986 Australian Science in Schools Week Resource Book; was the ‘occasional Speaker’ at the Footscray Institute of Technology 1987 Conferring Ceremony.

Joy Bear’s scientific publications include one book chapter, 86 journal articles and 6 conference papers. In addition she co-wrote the book, ‘Alumina to Zirconia, The History of the CSIRO Division of Mineral Chemistry‘, with T. Biegler and T.R. Scott which documents the achievements over half a century of the many talented scientists and other staff who were sometime members of the CSIRO Division of Mineral Chemistry.

Previous post:
The establishment of Australia’s β-carotene Industry
Coming up next:
Chocolate bytes with virtual mouth this Easter 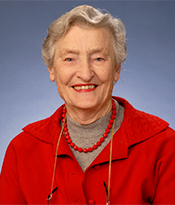