Richard Gardiner Casey was elected to the Fellowship of the Australian Academy of Science in 1966 in recognition of his conspicuous service to the cause of science. Early in his career he became interested in the influence of science and technology on national and international progress and development. His undergraduate days at Cambridge may have provided the initial stimulus; the Department of Engineering there was large and very active in research and teaching, led by the young Professor Bertrand Hopkinson. Casey acquired a mature understanding of and sympathy with science and scientists through his prolific reading, his natural curiosity of the world around him, and from the ever increasing number of scientists who became his friends.

Initially trained as an engineer, he began, upon his return from the 1914-18 War, to practise the profession of mining geologist. Early in his life he was diverted from this occupation and, after a short period as a political representative of the Australian Government in London, entered Federal politics as a Member of Parliament.

First as a representative of the United Australia Party, and later as a Liberal, he held important portfolios. In the years between 1950 and 1960, he became a patron and advocate for CSIRO to a degree quite beyond that normally to be expected of a Minister. In the intervening war years CSIR had been transformed to CSIRO, the old Executive Committee and Council had gone to be replaced by the Executive as the governing body with an Advisory Council. Many new ventures, initiated in the immediate pre-war period, had grown extensively. The National Standards Laboratory and the Radiophysics Laboratory were well established. The Divisions of Industrial Chemistry and Tribophysics, each of which had been started just prior to or during the war, were in full flight. Many post-war ventures were to grow in strength during this period together with those that were begun before the war. These included Meteorological Physics, Land Research, Wildlife Research, Dairy, Wool, Textile, Coal and Building Research. The older activities concerned with the pastoral and agricultural industries, food, forestry, minerals and fisheries were still very active and were to grow extensively. The staff number grew from 3333 to 4146 and the total expenditure from $5.88 to $19.54 million.

The political climate of that period was propitious. RG Menzies, the Prime Minister of the Liberal-Country Party Government, was himself a political patron of scholarship and science. Other members of this Government, Earle Page, for example, were traditionally CSIRO supporters and had been from the early days of CSIR. This must have been helpful to Casey but it was not the crucial factor in his success in winning support for this great growth. Casey’s own conviction of the need for an effective contribution from science to national affairs, his understanding of science itself and his ability to hold frank and informed discussions with the Executive and senior scientists were important factors. He welcomed frequent discussion involving a penetrating inquiry on his part into the details of any activity or proposal of the Executive. As a result, he was always able to describe the work of CSIRO, in his own words but accurately to his political colleagues and to his many acquaintances and friends in the rural and manufacturing industries.

He resigned from political life in 1960 and in 1965 was appointed to his last active post, Governor-General of Australia, at the age of 75 years.

Richard Casey was also the recipient of a number of honours, including:

A full account of the life and achievements of Lord Casey can be found by following the link in the Biographical memoirs of the Australian Academy of Science and other links listed in the Sources below. 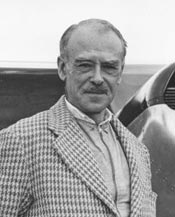