Elizabeth Salisbury Dennis was born in Sydney, Australia on 10 December 1943. The eldest of three girls, she grew up in Hunter’s Hill, Sydney and was educated at the Methodist Ladies College (MLC), a girls’ private school which was unusually supportive of women. As Liz recalled:

Its philosophy was that you shouldn’t not do anything because you’re a woman, and so it provided courses for us like physics honours and chemistry honours, which were unusual then. As a young girl I was always keen on chemistry. Reading stories of Madame Curie, I decided I wanted to be like her. I think she was the only heroic figure I had in my early childhood. Then at MLC we had a very good chemistry teacher – she had a PhD in chemistry, and was outstanding in those days – who gave us a real interest in chemistry.

She obtained her BSc (Hons 1st Class) from Sydney University in 1964. When asked by Frank Gibson in the Interviews with Australian Scientists series whether she found the undergraduate course satisfying or stimulating she replied:

Intellectually, in general no. There were huge numbers of people at Sydney University then: we’d have a lecture of 1 000 people and virtually no stimulation by the staff or contact with them, in the first couple of years. I’d say the undergraduate teaching was very poor, except for the ‘odd’ courses. In first year we had Hans Freeman, a very exciting lecturer, for a special chemistry course. And then Harry Messel and Stuart Butler – both exciting – who ran a special physics course. In second year, hearing Gerry Wake talking about nucleic acids made me decide that was what I really wanted to do, and later one of the best things that happened to me was having Gerry as an honours supervisor. He taught me a lot about science, about being rigorous, about being focused and methodical.

She obtained her PhD from Sydney University in 1968, for her thesis entitled: ‘Studies on the Bacillus subtilis genome’ under the supervision of Dr RG Wake followed by a Post Doctoral Fellowship in the laboratory of Dr Julius Marmur at the Albert Einstein College of Medicine, New York, USA from 1968 to 1970 where she was supported by the Anna Fuller Fund.

This may be a paternalistic view, but I thought it was good to do something to use your knowledge for the less developed countries. That was quite a mind expanding experience. I think normally we are comfortable in our own little niches, but Papua New Guinea didn’t have all the molecular biology, high-tech instrumentation and big infrastructure, or an environment where you can feed ideas off lots of colleagues.

I was doing chromosome and DNA studies on the native rodents, and together with a classical zoologist, Jim Menzies, I would go out trapping rodents and taking pictures of them and determining the chromosome complement. We even wrote a book on the rodents of Papua New Guinea. There is a big radiation of species. Some of them are cute little tree mice but one rat is called Hyomys goliath because it’s so big (about 400 mm head and body and tail the same, weighing 1 kg). And they’re quite unrelated to Rattus. That project was fun and I saw a lot of the PNG countryside. Doing this work taught me that there are a lot of scientific problems and it’s interesting when you get involved in any of them.

In 1982-83, she was a Visiting Fellow, Biochemistry Department, Stanford University, in the laboratory of Nobel laureate Dr Paul Berg on a Fulbright Fellowship as a Senior Scholar. She also held the position of Visiting Fellow (1991) and Adjunct Professor (1992-98) of the Australian National University.

Liz Dennis has been one of the pioneers in plant molecular biology with interests in gene expression, the molecular bases of plant development, plant gene regulation and the mapping plant genomes.

Together with her colleagues, she:

She has made significant innovations in:

With industry her research group:

She has published approximately 300 papers in international journals and one book and been editor of two further books. 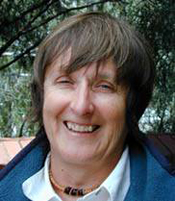