Dr Lee undertook postdoctoral studies at Rothamsted Experimental Station in the United Kingdom working on gene expression in cereals from 1986 to 1989.

From 1989 to 2004 he worked for the seeds businesses of Ciba-Geigy, later Novartis and then Syngenta where he held various management positions in business development, licensing and research. During his time with Swiss industry, he interacted with CSIRO in the founding of the Graingene Alliance (a joint venture between AWB Ltd, the GRDC, Syngenta and CSIRO Plant Industry) and the positive testing of insecticidal proteins (VIP) against notable cotton pests (Helicoperva larvae).

Following the positive testing against Helicoperva with CSIRO, Dr Lee then led (within Novartis) the transformation of VIP into cotton, culminating in the event COT102, which is now commercialised in many cotton growing regions of the world. 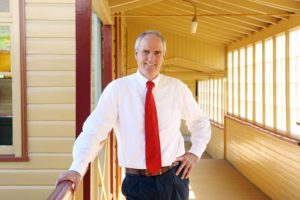 Dr Lee joined CSIRO in 2004 as the inaugural Director of the Food Futures Flagship and held the role for nine years until 2013, where he was the longest serving Flagship Director. He was brought into CSIRO to create greater impact from CSIRO’s research, through the creation of public and private partnerships.

Dr Lee led the overall science and business development for the Flagship through four themes undertaking research programs in the areas of:

Dr Lee’s activities in establishing new research initiatives and his pivotal role at the interface of science and agribusiness/food have resulted in a number of significant achievements for CSIRO.

His contribution has also positioned the organisation with research capacity in areas for potential future impact.

During his tenure Dr Lee also had responsibility for major agri-food alliances and led the establishment of a significant long-term alliance with Bayer CropScience.

His work has been recognised by a number of awards including the Rabobank Leadership Award in 2010.