Catherine Patricia Foley was born in Sydney, NSW on 10 October 1957. Her parents’ occupations were accountant and architect. Her schooling was at St Anthony’s primary school and Santa Sabina College for high school. Early influences were her mother, who died when Cathy was nine years old, and her older brothers and sister.

Cathy initially planned to be a school teacher as she thought only really smart people were scientists and she says she did not know any. However, when the opportunity arose she enrolled for a PhD in Physics and so commenced her science career. She had always loved nature, was a natural at science at school and had a desire to make a difference.

Cathy has made distinguished contributions to the understanding of superconducting materials and to the development of devices using superconductors for a number of applications including to detect magnetic fields and locate valuable deposits of minerals.

In September 2018, Cathy became CSIRO Chief Scientist. As a leader in CSIRO, she is working to help Australia to transform to be globally competitive and sustainable by engaging with Australian researchers, government and industry to assist with the translation of research for a healthy and sustainable Australia that is also economically successful.

She was Coordinator, Advanced Materials transformational Capability Platform (August 2008-2011) and served as Acting Deputy Chief-Research from April to July 2009. She was appointed Chief of the Division of Materials Science and Engineering in 2011.

From 1988 to 1993 she was a Science correspondent for ABC 2BL radio evening program and since 1989 has been an Honorary Research Associate of the School of Physics, University of Sydney.

She is also the Chair of the Australian National Fabrication Facility Victorian Node Collaboration Committee and the ARC Steel Hub Advisory Committee as well as sitting on several other committees and boards. She has made significant contributions to the scientific community as president of several scientific societies and as a member of committees such as PMSEIC giving advice to Government on scientific and technological matters.

She was awarded the ‘Woman of the Year’ by the NSW Government in 2013 and the International IEEE Award for Continuing and Significant Contributions to Applied Superconductivity 2014. In 2015 she was awarded the Clunies Ross Medal of the Australian Academy of Technological Science and Engineering and Australian Institute of Physics’ Outstanding Service to Physics Award.

By 2010, Cathy Foley had published 83 refereed papers in international journals; 44 papers in conference proceedings, 4 book chapters, 4 provisional patent applications, 1 granted, 43 other publications and reports and had 1 327 citations in ISI Science Citation Index (10 July 2010) with an average of 14.96 citations per paper.

She has been a Keynote Speaker at the AIP Congress – Condensed Matter 2003-05; the Women in Physics conference 2005 and the Australian Science Teachers’ Association Conference in 2008; and an invited Plenary Speaker at 11 international meetings during the period 2002-10.

Find out more
Previous post:
Research supports a new approach to counting CO2 emissions
Coming up next:
Supercomputer cools off with groundwater 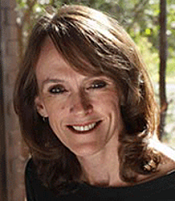