Donald Charles Gibson was born on 7 July 1940 at Roslyn Hospital in Lindfield, NSW. His father was WHH Gibson, a science and engineering graduate of the University of Sydney who had joined the Department of Mechanical Engineering as a Demonstrator in 1915 and retired as a Reader in 1957. His mother was Irene Hope Gibson, a musician who was the musical director of the Killara Music Club for 57 years. She was awarded an MBE in 1960 for her services to music. Don was the youngest of three boys and was born 14 years after his oldest brother.

Don was educated at the Killara Preparatory School and at Sydney Grammar School. His father had been a student at Sydney Grammar School from 1902 to 1909. In notes distributed to friends and colleagues just before his death he says ‘I was reared by a modestly wealthy family in a house built by my parents in the bush, in Killara, now the rich red heart of the North Shore Line, in Sydney, NSW.’ He was aware of his privileged background and noted ‘That’s it in a nutshell really; the privileged should always give something back. It is the only way we can repay our debt.’

A strong influence on Don’s education was Peter Thomas (Tom) Fink who had been appointed Professor of Mechanical Engineering in mid-1960. On his experience at this time Don recalled: ‘Tom Fink executed a master stroke, which I have copied many times since in R&D management. He separated us into R&D and industrial streams, then grouped us according to ability. Bright with bright, being stretched. Able with able, being challenged. Pass with pass, being assisted.’

In October 1963 Don went to Churchill College, Cambridge on a Gulbenkian Research Studentship. He commenced his research in the Department of Engineering under the supervision of Professor T Brooke Benjamin. His first project, according to Professor Benjamin, ‘turned out to be unprofitable’ and when his supervisor transferred to the Department of Applied Mathematics and Theoretical Physics Don followed and commenced work on the tendency of collapsing vapour cavities to deform so that a liquid jet will thread them in their direction of translation. While Professor Benjamin was on study leave in the USA, Don was supervised by Dr JS Turner, the distinguished ANU geophysical fluid dynamicist.

In October 1966 after his Gulbenkian Scholarship had ended he was awarded a studentship from the CSIRO Division of Mechanical Engineering. The Chief of that Division was Mr Roger Morse who had been a student of Mr WHH Gibson at the University of Sydney and knew of Don’s distinguished academic record and of his interest in applied research. So it is not surprising that in February 1967 Don applied for a position as a Research Engineer or Scientist at the Division of Mechanical Engineering. He commenced at Highett in October 1967.

He quickly established himself in the Division. He worked on what Morse described as ‘the extremely difficult field of aerodynamic noise’ as well as continuing his interest in his cavitation work. In his case for accelerated promotion to Senior Research Scientist in 1970 Morse noted that Don had assumed a leadership role in the aerodynamics group and had established excellent relationships with industry. In 1973 Morse retired and was replaced in 1975 by Dr Barry Rawlings. In his case to promote Don to Principal Research Scientist in 1977 Dr Rawlings once again commented on Don’s leadership ability and on his strong links with industry.

The 1970s were interesting times for CSIRO. Minister Connor had tried to separate the Minerals Divisions from the Organisation and the Whitlam Government was urging the Organisation to carry out more energy research. The incoming Fraser Government had set up the Birch Enquiry and there were many questions being asked about the relevance of the Organisation’s work. The Birch report had recommended that CSIRO Divisions be grouped into Institutes and the Division of Mechanical Engineering was placed in the Institute of Industrial Technology.

By 1981 the Organisation had decided that the research of the Division fitted better in the Institute of Energy and Earth Resources and that the Division of Mechanical Engineering be renamed the Division of Energy Technology. Don was appointed the Acting Chief and subsequently the Chief of the new Division. In this new capacity, Don promoted the development of new directions related to energy conservation in particular. The Division initiated research in: combustion fluid mechanics with the consequent conversion of all burners at the Alcoa refinery in Geelong; thermal performance of buildings; novel heat exchanger technologies; and optimisation of traffic control to reduce fuel consumption and emissions, just to name a few.

As Chief, CSIRO Division of Building, Construction and Engineering 1987-91

In 1987 the new Board of CSIRO had commissioned McKinsey&Co to advise them on the structure and function of the Organisation. It was decided to merge the Division of Energy Technology with the Division of Building Research and the NBTC (National Building Testing Centre) in Sydney. This became the mega-Division of Building, Construction and Engineering with multi-site representation and presented Don, the newly appointed Chief, with the biggest management challenge of his career. He developed a management structure which satisfied his principal criteria: the hand-picked staff reporting to him had to be high quality, would not shirk hard work and should have responsibility across sites to merge vastly different cultures. The quality fundamental research proceeded well under Don’s direction and the contacts with industry flourished. On the basis of this achievement he was elected a Fellow of the Australian Academy of Technological Science and Engineering in 1992.

As Managing Director Sirotech Ltd 1991-92 and other roles

Dr John Stocker was appointed Chief Executive of CSIRO in 1990. He quickly came to the view that the functions of the commercialisation company, Sirotech, should be more closely integrated with the Institutes and Divisions. He first seconded Dr Colin Adam to commence this process but Dr Adam decided that he preferred his role as an Institute Director. Don was appointed Managing Director of Sirotech in 1991 for a five year period. However in 1992 the Board decided to wind up Sirotech and Don in turn decided not to accept a role in the Corporate Centre. He stayed with CSIRO until 1996 working with Comalco and ASTA to improve their technology capture practices and their interactions with CSIRO. He left CSIRO in August 1995, 28 years after he joined.

Don was very active after leaving CSIRO. He was the Executive Director of the Advanced Engineering Centre for Manufacturing at RMIT from 1996-1998 and the Chair of the Board of the CRC for Polymers from 1996-2003. He edited ‘Focus’ the journal of ATSE from 2005-2007. He and his wife, Penny, ran a vineyard in the Pyrenees district of Victoria and he was active in the local grapegrowers group.

Don Gibson died on 17 February 2013. He learnt what high quality research is when he studied for his PhD at Cambridge, he learnt how to talk to industry from Roger Morse and he learnt how to organise teams from Tom Fink, his Professor at Sydney University. Don’s achievement was to combine these lessons, and add his natural talent to develop individuals into team members. He taught us all, that in research, the whole is greater than the sum of the parts. 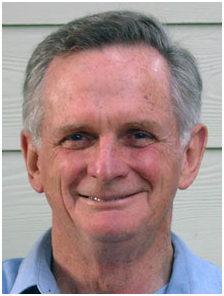