Russell Gough received his BSc, BE and MEngSc from The University of Sydney.

He worked at the Fleurs Synthesis Telescope at the University of Sydney until 1981, when he moved to West Germany to work at the Max-Planck-Institut fÃ¼r Radioastronomie, in Bonn.

He was a joint recipient of the 2002 CSIRO Medal for Research Achievement for Ultra Fast Integrated Circuits. 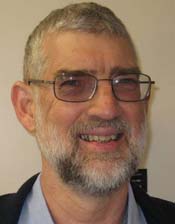