He was appointed to CSIRO Division of Textile Industry in 1956 to work on knitting and was one of the first to realise that length of yarn in the knitted loop was a significant factor for the quality of the fabric.

His most significant contribution was as the primary inventor of self-twist spinning, which increased spinning speeds by 10-times to 200 metres per minute. As a key member of a large team, he commercialised the technology with Repco and the spinners were sold all over the world and are still in use.

David was always politically aware and active. He was a longstanding member of the Australian Labor Party and belonged to several community groups. He was elected to the City of South Barwon Council and in 1981 he resigned from the CSIRO to contest the Legislative Council seat of Geelong in the Victorian state elections. He won the seat and was a member of the John Cain Labor Government. He was an active local member and worked hard for his Geelong electorate and participated in substantial reform until he retired from Parliament in 1996. During his time in Parliament, his appointments included Natural Resources and Environment Committee 1982-85 and 1988-96 and Chair, Economic and Budget Review Committee 1985-88.

For this outstanding work he was awarded an MBE in 1970. Other awards included: 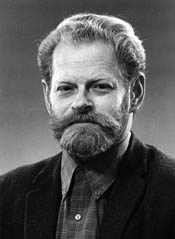