George Holan was born in Prague, Czechoslovakia on 12 December, 1930 and emigrated to Australia in 1948. He obtained a Diploma of Applied Chemistry from the Royal Melbourne Institute of Technology in 1955, a Fellowship Diploma (by research), Royal Melbourne Institute of Technology in 1968 and a Doctorate of Applied Science (DSc) (RMIT-University) in 1987. His DSc thesis was entitled ‘Multidisciplinary Research in the Design of Biologically Active Compounds’.

He spent 17 years working in the chemical industry before joining CSIRO. Positions held were as follows:

1955 – 60: Research Chemist, Monsanto Co (AU) Ltd Melbourne where he worked on the first commercial large-scale syntheses of the US discovered antibiotic chloromycetin and the first psychotropic drug chlorpromazine. He initiated research and synthesis of novel active oral anti-diabetic drugs (hydantoins; tested in collaboration with Professor Joe Bornstein, Alfred Hospital Metabolic Unit); he initiated research into anti-addiction drugs starting with the synthesis on a large-scale (50 kg) of the Australian discovered antidote for barbiturates (‘megimide’), that was subsequently developed also as an antidote for toxic effects of morphine; and discovered an antidote for the hallucinogen LSD, using the theory of choline acetyltransferase inhibitors. Active compounds were tested successfully in overseas Institutes in USA, England and Italy using the potent hallucinogen JB 329. One compound was synthesised in 50 kg amounts for animal and human trials.

1961 – 62: Visiting Scientist, Central Research Laboratory of Monsanto Co St Louis, MO, USA, where he initiated work on several new theories of action of anticholinergic and other insecticides; as well as continue the search for drugs against schizophrenia with the Missouri Institute of Mental Health (Prof S Gershon)

On returning to Monsanto Australia in Melbourne he designed new anthelimintics for animal and human use and new phosphono-insecticides, non-toxic to mammals from this work, six patents were filed world-wide by Monsanto Co. In addition, he initiated chemistry of non-classical antimetabolites (halogenomethyl-benzazoles), to purine DNA bases. This new chemistry resulted in the development by Monsanto of novel sheep anthelmintics. Twelve patents and four papers resulted from this work.

In 1966, he joined the CSIRO Division of Applied Chemistry as a Senior Research Scientist rising to the position of Chief Research Scientist in 1979 and CSIRO Fellow in 1993. The latter is the highest level available to a scientific researcher.

He was Biological Program Leader, Division of Chemicals and Polymers from 1987 to 1990, Pharmaceutical Chemicals Program Manager ‘ drugs research in 1990-95, Scientific Adviser to DUNLENA ‘ a joint venture research company between CSIRO and Dupont (AU and USA), from 1990 to 1995, and a member of the CSIRO-AIDS Task Force working party from 1986 to 1990.

He was co-opted from CSIRO in 1992 to take up the position of Head, Synthetic Chemistry, Biomolecular Research Institute (BRI), Melbourne, a position he held until 1995. The BRI was a joint venture between CSIRO and the Victorian Government which ran from 1991 to 2000. During this time he was Research Manager ‘ Macquarie Bank-CSIRO-AMRAD, Research and Development Syndicate (SYNRAD) in Medicinal Chemistry-Antiviral and Central Nervous System (CNS) drug design.

He served on the Executive Council Representative (Australia and New Zealand) ‘ International Society for Antiviral Research (ISAR) 1992-2005 and was Editor of International Journal of Health and Environmental Sciences (Asia and south-east Asia) from 1981 to 1990.

George Holan retired from CSIRO on 15 Dec 1995 but continued as a CSIRO Post-Retirement Fellow from 1996 to 1997. He was Principal Scientific Consultant in Medicinal Chemistry to the BRI from 1996 to 1997; Principal Research Scientist and Head of Chemistry in the BRI from 1997 to 2000 and Senior Research Scientist, Starpharma Pty, Ltd from 2000 to 2006. He retired from Starpharma on 9 July 2006.

In addition to his work on Cycloprothrin, he made major contributions to other areas of chemistry. By 1969, he had developed a theory of the mode of action of DDT and used this theory to synthesise new insecticides, not cross-resistant to DDT. The theory was published in the prestigious international journal Nature and elsewhere in 14 papers on X-ray crystallography, synthesis, neurobiology and entomological studies. This theory has been reviewed and included in most books dealing with the mode of action of pesticides. In the synthesis of these compounds he developed a new synthesis of dihalocarbene generating organomercury reagents.

From 1969 to 1974, he worked in collaboration with Ciba-Geigy and Wellcome Co UK (biology) and Burroughs-Wellcome USA (chemistry) on the development of a general degradable, insecticide-insect repellent (GH74), that contained no chlorine.

This compound progressed to chronic animal toxicology tests and into worldwide field trials against a large range of animal and human insect pests. GH74 was accepted by the World Health Organisation (WHO) for large-scale trials in Africa for the control of Simulium damnosum (blackfly) the carrier of onchocerciasis (river blindness) and the tse-tse fly (trypanosomiasis, sleeping sickness carrier). Trials were carried out by WHO at Buake (Ivory Coast) and Tano River District (South Kenya), respectively. The trials were successful but the development of GH74 was abandoned on the advent of 1974 world energy crisis (raw materials cost).

In 1974, he developed a theory and design of new inhibitors of oxidative phosphorylation. These potent new acaricides were patented and tested by CSIRO in Queensland.

In the period 1972-84, he developed a theory of action of pyrethroids on sodium nerve channels. With novel compounds (veratrum alkaloids) acting at nerve membranes, he collaborated on cell neurobiology with Professor Lazdunski (Biochemistry Institute, Nice, France) and on the structure of sodium channel in nerves with Professor B Hille and co-workers, Washington University, Seattle USA.

He also collaborated with Smith Kline & French, USA in modifying CNS drugs arising from their research program and carried out research on non-steroidal anti-inflammatory agents as anti-arthritis drugs. This latter work was an MSc project (Ms R Smith) with Professor A Boura (Pharmacology Department, Monash University).

In 1982-85, he initiated a collaborative project with Gibson Co and Associate Professor G Nicoletti of RMIT University on new drugs that enhance antibiotics against Methicillin resistant Staphylococcus aureus (MRSA).

In 1984, he initiated research into antiviral compounds for the treatment of AIDS, a research proposal supported by the CSIRO Medical Liaison Committee and the Australian AIDS Task Force.

In the period 1986-97, he was instrumental in the formation of DUNLENA, a joint venture between CSIRO and Dupont (AU and USA) initiated by the design and submission of a highly active insecticide GH1213 to Dupont for evaluation. Its development proceeded to world-wide field trials and was terminated due to commercial reasons two years later. This was followed by an agreement with CSIRO to form a joint venture research company in three areas of crop protection, which continued until the mid 2000s.

In 1986-88, he selected 2′,3′-Dideoxycytidine (ddC), for synthesis as anti-AIDS drugs, supported by a special grant from the Commonwealth Minister of Health (Senator Blewett). This project was to undertake large-scale synthesis of ddC for therapeutic use by Australian patients. It resulted in the first, high yield process for the preparation of this anti-AIDS drug.

The project was discontinued due to the acquisition of the ddC use patent (from Dr Broder of NIH, USA) by Hoffmann-La Roche Ltd, Switzerland.

In 1988, he directed work on the synthesis of analogues of nucleosides. One highly active compound against the HBV virus entered development by the Australian Medical Research and Development Corporation (AMRAD). This development of a modified nucleoside was discontinued in the mid 2000s. For the related AIDS work Holan received yearly Commonwealth AIDS Research Grant (CARG) funding for the synthesis and evaluation of anti-HIV agents from 1989 to 1991.

He had a productive 17-year collaboration (1989-2006) with the REGA Institute for Medical Research of the Catholic University, Leuven, Belgium (Professors E DeClercq, J Neyts, R Pauwels, M Wivrouw and C Pannecouque) on many aspects of research in viral biology.

In 1988, he also initiated a project on the development of novel pyridine insecticides which continued for several years in DUNLENA as the ‘PD589 co-project’ with Dupont chemists at Wilmington & Stine DE, USA.

In 1990, he started research on the potentiation of drugs and on CNS active compounds (quinuclidines), as potential anti-Alzheimer’s disease drugs. These research projects were carried out in laboratory neuro-biological tests and in live animals jointly in CSIRO and in the Faculty of Pharmacology, Sydney University, by Professor GAR Johnston and his team.

From 1990 to 1995, research by Dr Holan in areas of antiviral and CNS drugs established the Syndicated Research and Development Program (SYNRAD), partnered by Macquarie Bank, CSIRO and AMRAD.

Research in the Biomolecular Research Institute and Starpharma Ltd

From 1992 to 1995, in addition to his CSIRO work on the synthesis of antiviral drugs, George Holan was seconded as Head of Chemistry of Biomolecular Research Institute (BRI), a joint venture between CSIRO and the Victorian Government’s Strategic Research Foundation (SRF). There he initiated work on large nano structures ‘ dendrimers as drugs. This research was based on previous antiviral activity of large polyanionic compounds (calixarenes, polyoxometallates) and the chemistry of these large organic scaffolds was carried out by Dr B Matthews. In both Institutes, new antiviral agents were discovered that were highly active against multiple viruses.

From 1990 to 2006, the National Institute for Allergy and Infectious Diseases USA (NIAID/NIH) agreed to unlimited testing of new antivirals in their subcontracted facilities in the USA. These were:

These multi-collaborations first with CSIRO then BRI and finally Starpharma Ltd, ended on Dr Holan’s retirement in 2006.

From 1997 to 2000, he worked with Dr K Mardel to extend the action of certain dendrimers as anti-venoms and bacterial antitoxins. One dendrimer was found to be a safe Cholera antitoxin and was tested successfully in animals at RMIT University by Associate Professor G Nicoletti.

The company, Starpharma Pdf, was formed in 1994 by the BRI’s Manager Dr John Raff, based on the dendrimer work and a set of antiviral and angiogenesis inhibition (anti-cancer) patents. The patents, projects and discoveries of George Holan, in the dendrimer and polyoxometalate field were transferred to this company which continued operating research after the disbandment of BRI on 31 December 2000.

From 1998 to 2002, Holan designed anionic dendrimers which were synthesised by Dr B Matthews and were the basis of eight patents that formed the intellectual property establishing the company Starpharma Pdf, later ASX listed company Starpharma Ltd. Based on his discoveries, Dr Holan obtained for Starpharma, in 1998, a Commonwealth Start Grant that partially financed the initial drug development. One of three patented dendrimers (GH7013, later SPL7013) was tested originally for antiviral HIV properties at REGA Medical Research Institute of the Catholic University, in Leuven, Belgium. Later cell tests confirmed its activity also against Herpes viruses 1 and 2 at the University of Alabama, Birmingham AL and in animals at Cincinnati Medical Centre (NIAID).

This compound became the active ingredient of a candidate prophylactic microbicide for STDs. The formulated agent known as Viva Gel was tested and passed later in several clinical tests as a safe agent for potential use as HIV and Herpes infection preventative microbicide.

In 2003-06, new multiple antigen peptides were designed based on Rous Sarcoma virus peptide sequences of which one (non dendrimer) had activity against Hepatitis B in cell tests at NIAID (Professor B Korba, Georgetown University MD, USA).

Several of Dr Holan’s projects on activity of dendrimers as drugs resulted in provisional patents, (e.g. in Diabetes, Antitoxins etc.) however, on retirement in July 2006, his involvement with the research ceased.

He held several academic positions during his career. These were:

For his outstanding contributions to chemistry he received the following honours and awards: 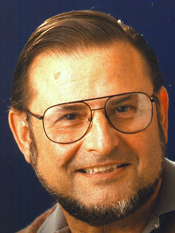