Jack Cusack was born in Walpiri country 700 km south-west of Darwin in 1935, but was taken from his family when he was a young boy and raised in a mission on the Tiwi Islands, 80 kilometres north of Darwin.

Jack Cusack was CSIRO’s longest serving Aboriginal staff member, working out of the Darwin labs as a technical officer from the early 1970s until his retirement in 2002.

He was an expert botanist who made an extremely valuable contribution to CSIRO’s research effort in the north over three decades.

He was highly respected and admired by all who knew him, and a role model for both Aboriginal and non-Aboriginal people throughout the Top End.

Jack continued to maintain his association with CSIRO following his retirement, first as an Honorary Fellow, and then as a consultant.

CSIRO’s Dick Williams, Jack’s supervisor for his last 15 years in CSIRO, visited Walpiri country with Jack on many occasions in the course of field work. ‘This was always a pleasure, and a real highlight and privilege for me. Not too many scientists get to work with Aboriginal people in their own country for 15 years, let alone with people of the skill and calibre of Jack’, Dick said. ‘Jack’s keen eye, extensive knowledge, and expert bushmanship helped train several generations of scientists. For 15 years he was my eyes and ears out bush.’

The Jack Cusack Memorial Lecture is held annually, celebrating the contributions Aboriginal and Torres Strait Islander peoples have made and continue to make in addressing the national science agenda in CSIRO. 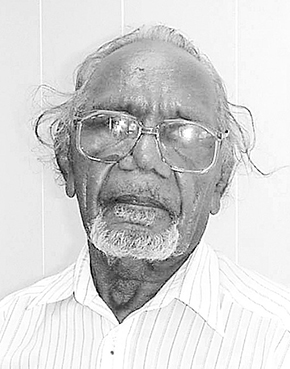