He obtained his BS (Mineral Engineering) from the University of Washington in 1972 and then worked for the next four years with the Johns-Manville Corporation as mining engineer on various mineral exploration projects.

From 1976 to 1982, he was a graduate student at the University of Arizona obtaining his MS (Geological Engineering) in 1981 and his PhD (Geological Engineering) in 1985. His MS research was in sealing shafts and boreholes to isolate nuclear waste, including analysis of an elastic and viscoelastic rock-plug interaction. His PhD degree research was in rockbolt reinforcement of layered rock where he developed numerical methods and performed an analysis of rockbolt reinforcement effects in layered rock.

From 1983 to 1989 he was a Research Scientist in the Rock Mechanics Group at Dowell Schlumberger Inc where he developed and led the following research work:

He is a member of Society of Petroleum Engineers, the International Society for Rock Mechanics, the American Rock Mechanics Association and the Australian Geomechanics Society.

He has been an associate Editor and Review Chairperson for the Society of Petroleum Engineers Journal (SPE Journal) since 2003; was Editor of proceedings and co-chair of the First Southern Hemisphere Rock Mechanics Symposium, Sept 16-19, 2008, Perth; an Organising committee member and invited speaker, Fracturing in naturally fractured rock, SPE ATW on Field Development Best Practices for Unconventional Gas, Oct 14-16, 2008, Barossa Valley, South Australia and Keynote speaker at the 2009 ISSI Seminar, Cape Town, South Africa.

He led the team that was awarded a CSIRO Medal for Research Achievement in 2001 for their work on hydraulic fracturing in mining.

He has twice been awarded an MTS Professorship in Geomechanics by the University of Minnesota, in 2004 and 2008. The MTS Professorship awards were established by MTS Systems Corporation in 1990. They enable outside researchers to join the Department of Civil Engineering, to collaborate with faculty in the geomechanics research group. Visiting professors stay for a period of two weeks to three months. In the period 1990-2009 a total of twenty MTS professorships were awarded. 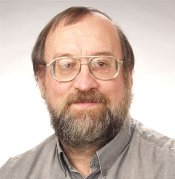