George Alfred Julius was Chairman of the CSIR from its inception in 1926 until his retirement in December 1945.

George Julius, born at Norwich, England, came from a long line of distinguished forbears: his great grandfather being physician to George III, his grandfather physician to William IV, and his father – whom he greatly revered and from whom he inherited his great gift of mechanical invention – Archbishop of New Zealand.

Educated in Melbourne, Sir George later graduated in science and engineering at the University of New Zealand, where he was a contemporary of Lord Rutherford. After a period in the service of the Western Australian Railways, he came to Sydney in 1907 and established the well-known firm of Julius, Poole and Gibson, Consulting Engineers. From these early years, he showed that vigour, versatility, and breadth of interest which marked him not only as a future leader in his chosen profession of engineering but in the public life of the Commonwealth.

He was closely associated with the founding and progressive development of the Standards Association of Australia, the Institution of Engineers, Australia, and the Australian National Research Council, by all of which he was honoured by election as their President or Chairman. He was knighted in 1929, was granted the Honorary Degree of DSc by the University of New Zealand, and, in 1938, he was awarded the WN Kernot Medal of the University of Melbourne for distinguished engineering research.

It is, however, in the CSIR that the chief and most enduring memorial to George Julius’s life and work is found. To some, and to none more than himself, it seemed perhaps an odd choice that a practicing engineer should be selected as the first Chairman of a body which, in its early years, was to concern itself with the problems of Australia’s primary industries. But to the Council’s work he brought the same breadth of vision, enthusiasm, and capacity which characterised all his activities, and his gifts of critical judgement and exposition when dealing with fly strike, the bacterial diseases of sheep, or prickly pear control, were no less marked than when he spoke of familiar engineering matters. He was, however, always ready modestly to disclaim any authority to advance his personal opinions about the problems of the primary industries, even to the extent of asserting to a surprised meeting of dairy farmers that he knew two things about a cow, that it had an intake at one end and an exhaust at the other.

It was only in the second decade in the life of the Council that the opportunity came for Sir George to devote himself to the development of the Secondary Industrial Divisions – the National Standards Laboratory, and the Divisions of Radiophysics, Aeronautics, and Industrial Chemistry, the existence of which was to mean so much to Australia’s war effort. Though no longer young, he spent himself untiringly to bring these new Divisions to a high pitch of efficiency, so that, at the end of the war, he found the task well done, but his physical powers were completely exhausted.

In the tragically brief period of his retirement, George Julius could look back with thankfulness on the small beginnings of the Council, the difficult depression years, and the continuous expansion of a great national institution which he left secure in the esteem of its far-flung field stations, its six hundred scientific officers, and a total staff of more than two thousand. Even in the last trying days, with interest no less keen than in the year of his appointment and intellect as bright, he spoke of his hopes for the Council’s future and of his wish, if it were granted him, still to contribute to its work. Then, as always, was he revealed as a man of courage and endurance, who ‘never turned his back but marched breast forward’, unyielding to the end.

George Julius will live on, vivid and ineffaceable, in the minds of his colleagues of the Executive, the Council, and the Divisions; his name will endure so long as a grateful country takes pride in honouring one of the greatest of her sons. 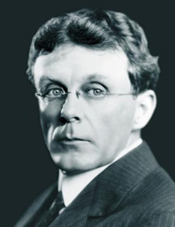