In 2013 it merged with the ICT Centre to form the Division of Computational Informatics. 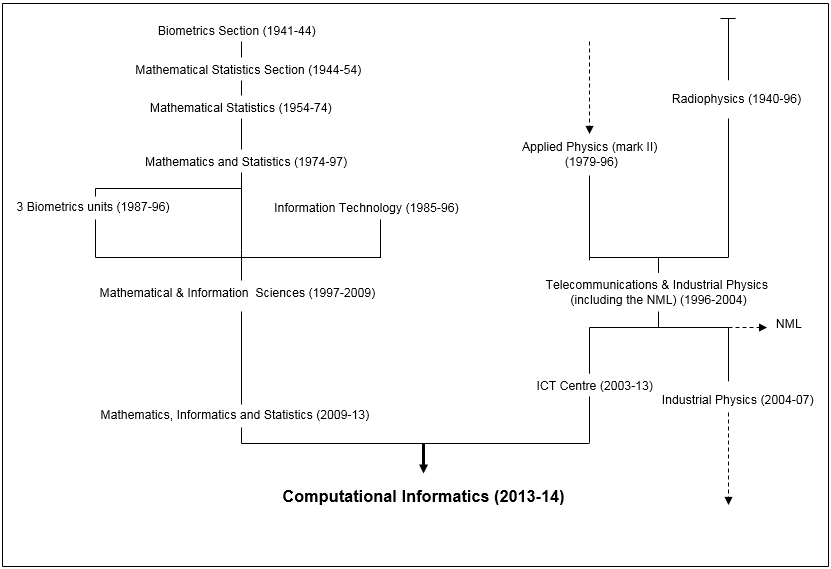