Gordon was trained as an organic chemist and has extensive research and research management experience in CSIRO and within CRCs. Gordon has an extensive patent portfolio and commercialisation experience and plays a key role in the design and implementation of the strategic change program in IP management improvement.

His key research achievements are: 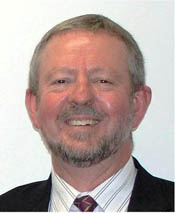