Ian Munro agreed to lead the Gulf of Carpentaria Prawn Survey in 1963. At the time he had no idea that the task would consume his life for two decades. Up until then his scientific interest was fish taxonomy: establishing the Australian National Fish Collection at CSIRO and completing manuscripts for The Fishes of New Guinea and the Handbook of Australian Fishes.

Neither he nor his CSIRO technical Assistants had any familiarity with prawns other than gastronomic. With a pound of prawns from a fish shop near the CSIRO laboratories at Cronulla, they took their first lesson in prawn anatomy.

The survey area was difficult and trawls on the Rama relied on just three things: a steering compass, echo sounder and intuition. The two available Admiralty charts showed different coastal outlines and most of the depth soundings had been taken by Mathew Flinders in 1802-03. Trawler skippers who traditionally navigated by landmarks were frustrated by the low profile, featureless coasts fringed with mangroves. Most islands and reefs were chartered but sand banks were a hazard.

When the field work ended in 1965, Munro was left to tackle the massive accumulation of data. To his preferred discipline of systematic ichthyology, he adeptly added the skills of analyst, cartographer, hydrologist, sedimentologist, prawn biologist, ecologist and taxonomist.

He published a three part atlas of operational, environmental and biological data from the survey and a Report on demersal fish and cephalopod communities of the gulf region.

Previous post:
‘Seeding’ the next generation of smart materials
Coming up next:
Fewer towers for CSIRO rural broadband wireless 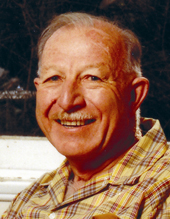