“Paul has a track record at the highest level in research, research leadership, and collaboration with industry and government,” Dr Clark said.

“I congratulate Paul on his appointment and I personally look forward to his contribution as a scientist and leader in a research area so important to Australia and humanity.”

Professor Bertsch said he has long admired the Australian research enterprise and CSIRO, and looks forward to leading one of the Organisation’s largest divisions with more than 500 staff based at nine laboratories around Australia.

“The research activities in the Division of Land and Water are central to a sustainable future for Australia,” Professor Bertsch said.

“Soil and water resources are at the nexus of every major global grand challenge from climate change, food and water security, to biodiversity and the function of natural, managed and built ecosystems.

“I am looking forward to shaping the scientific response that will help solve these challenges and contribute to a more sustainable future for Australia and the global community.”

Professor Bertsch is a distinguished international scientist and science leader.  He is currently Director of the Tracy Farmer Institute for Sustainability and the Environment and Professor of Environmental Chemistry and Toxicology, University of Kentucky, Lexington. Prior to this Paul was the Georgia Power Professor of Environmental Chemistry and Director of the Savannah River Ecology Laboratory at the University of Georgia.

Paul holds a PhD in Soil Physical Chemistry-Mineralogy and is globally recognised as a pioneer in molecular environmental science. Paul is a Fellow of the American Association for the Advancement of Science, the American Society of Agronomy, Soil Science Society of America and International Union of Pure and Applied Chemistry. He is also a lifetime National Associate of the US National Academy of Sciences.

Paul commences his new role with CSIRO at the end of February 2013 and he will be based at the Ecosciences Precinct in Brisbane. 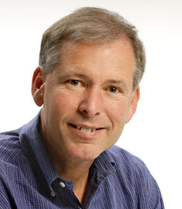