10 of our best inventions

Over nearly a century, we’ve been improving the lives of people everywhere with our inventions. How many of our top ten inventions do you recognise?

For over a century, we’ve been improving the lives of people everywhere with our inventions. 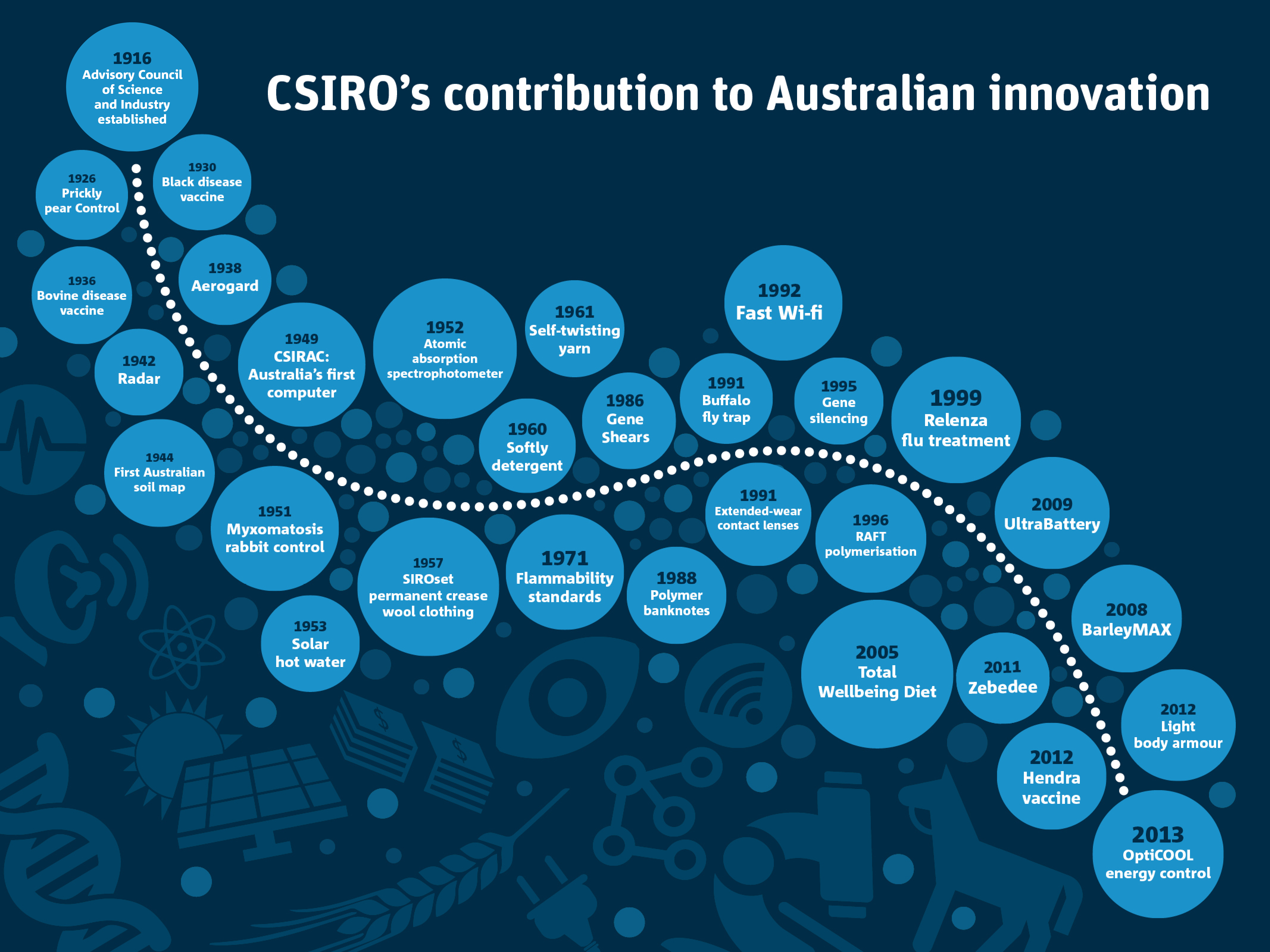 While you can find most of the innovations named in this image throughout CSIROpedia, we’ve gathered our top ten here for you. From household products like Aerogard and Softly to everyday necessities like plastic bank notes and WiFi, see how many of our top ten inventions you recognise. 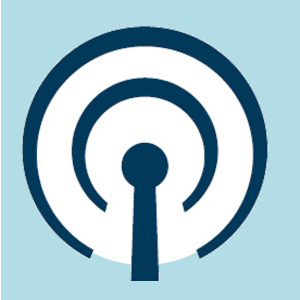 Our wireless invention lies at the heart of what is now the most popular way to connect computers without wires. It is used in offices, public buildings, homes and coffee shops – often called ‘WiFi Hotspots’. The invention came out of our pioneering work in radioastronomy.

That work involved complex mathematics known as ‘fast Fourier transforms’ as well as detailed knowledge about radio waves and their behaviour in different environments. Indoor environments are particularly difficult for the rapid exchange of large amounts of data using radio waves.

We solved these problems in a unique way at a time when many of the major communications companies around the world were trying, but with less success, to solve the same problem. 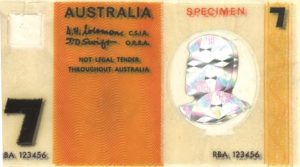 A polymer prototype: the CSIRO $7 banknote.

Australia’s introduction of plastic bank notes with optically variable devices (OVDs), developed by CSIRO, was a world’s first and represented a paradigm shift towards a currency secure against forgery. This was one of our longest and most successful research initiatives.

The research began in 1968 following a request from the Reserve Bank of Australia for a scientific solution to combat forgeries of the new decimal currency. Our solution was to have a see-through panel and hologram embedded in the note and to use plastic. In addition to their inability to be forged, the new notes were also more durable, more environmentally friendly and less likely to carry dirt and disease. 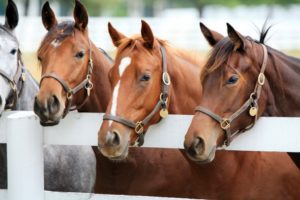 From 1994-2010 14 clusters of Hendra virus infection were recorded in horses. © lillisphotography

Equivac® HeV was the first vaccine to protect Australian horse owners and the equine industry against the deadly Hendra virus. The Hendra virus that was first identified in horses in 1994 is a Bio-Safety Level-4 disease agent, which is the most dangerous level in the world. CSIRO isolated and identified the virus within two weeks of it being reported.

In May 2011 CSIRO announced a prototype vaccine, and along with its collaborators, launched the Equivac® HeV vaccine in November 2012. By March 2013 CSIRO scientists confirmed that horses were immune to a lethal exposure of the Hendra virus six months post vaccination. 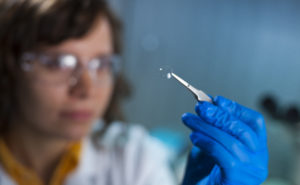 Extended wear soft contact lenses can be worn at night.

We developed contact lenses that can be worn for a month at a time as part of an international collaboration in 1991. Popular for their convenience and versatility, consumers wanted contact lenses they could leave in for much longer periods of time. The challenge was creating a material that allowed oxygen to flow through the contact lens to the cornea, allowing the eye to stay healthy. 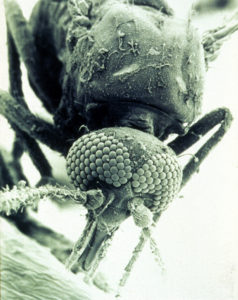 A biting midge, one of the many insects repelled by Aerogard.

Insect repellent Aerogard has been keeping flying pests at bay since the 1960s. Flies, mosquitoes and other winged insects are not just irritating, they can carry diseases and infect both animals and humans. In 1938, our scientist Doug Waterhouse was working on a repellent to tackle the sheep blowfly, but with the arrival of World War II, he turned his attention to protecting allied troops from mosquitoes.

By 1943, his repellent (referred to by the troops as ‘Mary’), had been widely deployed across the Pacific. But it wasn’t until 1963 that the life-saving formula became a household name, when Queen Elizabeth II used the spray before a game of golf, and enjoyed a swat-free game. Australian insecticide company Mortein asked us for the formula, and soon Mortein’s Aerogard was the must-have item at every Australian BBQ. 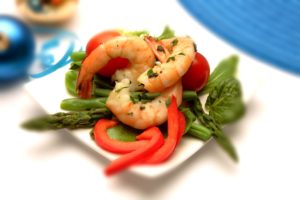 The Total Wellbeing Diet is a science-based, practical and healthy eating guide in a landscape of diets without scientific foundation. Diets have always gone in and out of fashion, but a rise in the promotion of high protein diets without a reliable body of evidence led a team of our scientists to take up the challenge. As a leading authority in dietary research, our Clinical Research Unit in Adelaide developed a higher protein, low-fat diet that’s nutritious, facilitates sustainable weight loss and is supported by scientific evidence.

Published by Penguin in 2005, The CSIRO Total Wellbeing Diet offers an easy-to-follow structured eating pattern and includes mainstream foods. It’s a way to eat less, but eat well without feeling hungry, because it provides the necessary vitamins and nutrients (including dietary fibre). 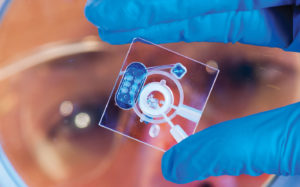 RAFT is a polymerisation technology invented by CSIRO. © Stewart Donn

The process is called Reversible Addition-Fragmentation chain Transfer, or RAFT polymerisation. We’ve partnered with global science company DuPont to commercialise the technology, with more than 50 companies already filing more than 200 patents that depend on RAFT polymerisation for applications ranging from adhesives, hydraulic fluids and membranes to cosmetics, biosensors and drug delivery. One of the first commercial applications of RAFT technology is a next-generation environmentally-friendly paint with enhanced flow, adhesion, abrasion resistance and durability which we’re developing with a leading Australian chemical manufacturer. 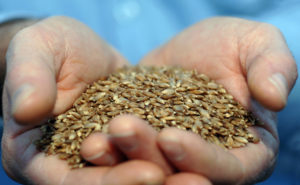 BARLEYmaxTM is an extra nutritious strain of barley, created by regenerating a specific barley grain that had just the right nutritional elements. As Australians increasingly consume a highly processed, low nutrient diet, we began profiling the nutritional benefits of different grains to identify those with the most nutritional value.

After isolating a particular grain of barley with a rare combination of desirable traits, we used GM-free, traditional breeding processes to harvest a crop of a super breed of barley, and so BARLEYmaxTM was born. Boasting four times the resistant starch and twice the dietary fibre of regular grains, the low GI supergrain is now used in a range of commercially available food products, as well as being recognised by international health bodies. 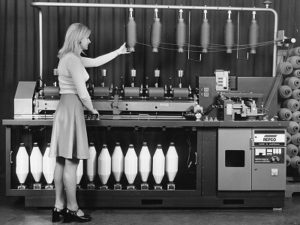 Self-twisting yarn is a process engineered to speed up the rate wool can be spun into yarn, without breaking the wool or reducing the strength of the yarn. The process of spinning wool into yarn is a centuries old craft, with a technique that had barely changed since the invention of the Spinning Jenny in 1764. But on a rainy day in Geelong, Victoria in 1961, our scientist David Henshaw unravelled the challenge that had tied others up in knots.

The speed of spinning had been limited by the strength of the wool, which would break when unspun lengths were twisted around each other faster than 10,000 revolutions per minute. Henshaw developed a process where lengths of unspun wool would be twisted on themselves, not each other, then paired them up and released, with the energy in their twists triggering them to wrap around each other without breaking. The yarn they eventually created was just as strong as conventional yarn, but because only a small section of the wool needed to be rotated to create the twist, they could be spun at virtually limitless speeds. The first generation of new spinning machines, created with manufacturer Repco Ltd, increased the output of yarn from 20 metres a minute to 220 metres and decreased the size of the machine by 80%. In 1970 the Repco Spinner won the Prince Philip Prize for industrial design. 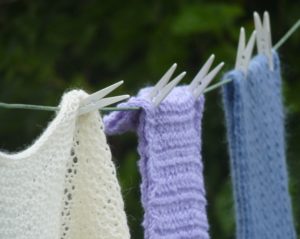 Softly detergent was the first formula to successfully wash wool at high temperatures, killing bacteria while not shrinking the wool. As a nation riding the sheep’s back, wool products were a staple across Australia, including in our hospitals and healthcare system. But the wool industry was threatened when a medical journal published a report in the 1950s suggesting that woollen blankets harboured disease because they couldn’t be washed at high temperatures, triggering proposals that hospitals switch to cotton blankets instead.

Our scientist, Tom Pressley, partnered with the Royal Melbourne Hospital’s Central Linen Service to find a solution. Not only did Pressley develop a high standard procedure for shrink-proofing wool so it could be laundered at high temperatures, he pioneered a pH neutral detergent that would clean the wool without causing damage at high water temperatures. In the 1960s, the detergent was taken up by hygiene and personal care company Unilver, which marketed it as Softly®, a brand that sits on supermarket shelves to this day.