Researchers from CSIRO and Monash University in Melbourne are putting the spending habits of retirees under the microscope in an effort to understand the finer details behind how they use and manage their super in retirement.

“We’re looking to understand what retirees need, how long their super lasts and what investment options and financial products might best suit them throughout their retirement so we can figure out how their super could work smarter,” CSIRO Research Leader Alan Dormer said.

“For example, what levels of confidence and security does superannuation provide to retirees, and how does it affect their spending behaviour throughout their retirement? The way you spend your super in retirement makes a big difference to the type of risk you take when selecting your investment options.”

“We’re looking to understand what retirees need, how long their super lasts and what investment options and financial products might best suit them throughout their retirement so we can figure out how their super could work smarter.”

Australia’s ageing population and growing pool of A$1.6 trillion in Superannuation is a national challenge and impacts anyone who has ever worked or employed anyone.

Michael O’Neill, chief executive of over-50s lobby, National Seniors, said he expected the research to debunk some of the super spending myths associated with older Australians.

“We expect claims that baby boomers are spending their super on living the high life, and then falling onto the pension, will prove unfounded,” Mr O’Neill said.

The Melbourne-based researchers will use big data analytics, social science, risk and economic modelling to answer questions such as how superannuation will affect the economy as it grows ever bigger, and how we provide security in retirement for all Australians.

“The super system is maturing and changing and we need to start using an evidence based approach to understand what we need to do now and into the future to re-engineer super to best suit members and inform decision making at an Industry and Government level,” Mr Dormer said.

Research Leader of the CSIRO-Monash Superannuation Research Cluster and Executive Director at the Australian Centre for Financial Studies, Deborah Ralston, said the Centre was continuing to strengthen its ties with industry.

“We’ve seen very positive engagement from the Super industry since we launched in September last year with several industry bodies and funds coming on board including Association of Superannuation Funds of Australia, Australian Institute of Superannuation Trustees, Financial Services Council and Challenger, BT and CBUS,” Professor Ralston said.

“CSIRO’s big data capability provides the opportunity to shift superannuation research from assumptions based modelling to empirical analysis of relevant population cohorts so researchers, the industry and policy makers can gain new insight into what the superannuation system is actually delivering to retirees,” Mr Cox said.

Research over the next year will include: 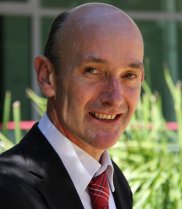 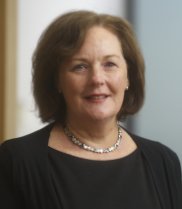