The CSIRO Board has appointed recruitment firm Egon Zehnder to undertake the global search for a new head for Australia’s national science agency.

As announced in June 2013, CSIRO’s Chief Executive Dr Megan Clark will complete her extended term with the organisation in December 2014.

Today, CSIRO is listed in the top ten applied research agencies in the world, and employs around 6000 people in Australia and globally.

Candidates for the Chief Executive role are expected to be identified by mid 2014. All candidate enquiries will be managed by Dean Ireland at Egon Zehnder +61 (0)3 9678 9600, dean.ireland@egonzehnder.com.

In the meantime, it’s business as usual for CSIRO, doing the research that makes a difference to industry, people and the planet. 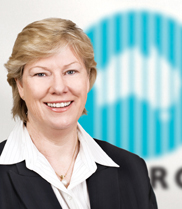 Previous post:
Sukhvinder Badwal
Coming up next:
Our lab in Darwin (2014)