He obtained his BSc in Biological Sciences, from Guru Nanak University, India in 1976; his MSc in Plant Physiology and Biochemistry from the GB Pant University Pantnagar, India in 1980 (Thesis title: ‘Phosphate and Sulfate absorption by excised corn roots: A kinetic study’) and his PhD  in Plant Physiology and Biochemistry from the University of Adelaide in 1985, (Thesis title:  ‘Low temperature-induced development of sensitivity to GA3 in wheat aleurone tissue’.

He joined the CSIRO Division of Plant Industry as a research scientist in 1991, his research focus being to apply molecular biology of fatty acid synthesis and metabolic engineering to manipulate fatty acid composition to produce novel edible and industrial plant oils. In 2000 he was the first in the world to apply CSIRO’s RNAi-mediated gene silencing technologies to genetically modify oil quality in plants. Subsequently, this pioneering work has formed the basis for silencing fatty acid desaturase and thioesterase genes and has resulted in the creation of high-oleic forms of cottonseed, canola and mustard oils, which are ready for commercial development.

In 2004/2005 his project team also achieved world-first production of nutritionally important long chain omega-3 polyunsaturated fatty acids (LC-PUFA), EPA and DHA, in seed oil. This required the discovery, introduction and coordinated expression of transgenes encoding an entire biosynthetic pathway comprising five discrete enzymatic conversion steps and represents one of the most complex pathway introductions so far achieved in plant metabolic engineering.  This work has been recognised by the award of the 2010 CSIRO Research Medal to his team.

Currently (2013), his team at CSIRO Plant Industry Canberra is actively using metabolic engineering for the development of plant oils that can be used for the production of bio-materials and bio-based polymers through the transfer of genes that drive the synthesis of functionalised fatty acids in wild species into oilseed crops.  Work to increase oil yield by transgenic approaches in oilseeds and vegetative tissues is also underway.

He is a co-inventor on four granted, five PCT and four provisional patent applications in the area of plant lipids. He has authored more than sixty publications in peer reviewed journals and books. 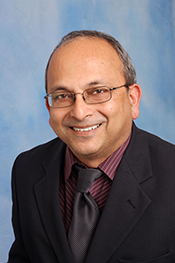