The science of superannuation

You don't normally think of science and superannuation mixing too often in the laboratory, but a new A$9 million research program between CSIRO and four universities is doing just that.

The CSIRO-Monash Superannuation Research Cluster is built around a A$3m Flagship Cluster Fund grant from CSIRO, and A$3m in-kind research contribution from university partners led by Monash University. Another A$3m will come from industry partners and government agencies.

The Superannuation Research Cluster will look at what are the optimal forms of asset allocation by super funds, and how will this impact on economic growth as the pool of funds under management grows ever larger.

Aimed at addressing two key themes of “Superannuation and the Economy”, and “Australians Over 60”, the Cluster will bring together researchers from Monash and Griffith Universities, the University of Western Australia and the University of Warwick in the UK.

The Superannuation Research Cluster will look at what are the optimal forms of asset allocation by super funds, and how will this impact on economic growth as the pool of funds under management grows ever larger.

It will also investigate what other products and services could be made available to retirees, and how can super funds continue to assist their members post-retirement.

“This is an exciting new development for our organisation which provides advice on many of our nation’s most profound challenges. For the first time we will be involved in research in superannuation, an industry that is reshaping our economy as funds under management grow exponentially,” Mr McKeon said.

The academic research program was drawn together for Monash by Professor Deborah Ralston, Executive Director of the Australian Centre for Financial Studies.

“This high impact research will provide an independent evidence base to inform policy and promote innovation within the superannuation system, which is shaping up to have a key influence on the economy and the lives of most Australians,” Professor Ralston said.

Research teams from CSIRO will join academic researchers in the cluster.

Ten multi-disciplinary research teams include Professors Gordon Clark from Oxford and Paul Gerrans from UWA who will examine member asset allocation preferences and switching behaviour, Professors Michael Drew and Robert Bianchi from Griffith who will lead teams in Infrastructure investing and member outcomes, and Professor Tony Harris from the Monash Centre for Health Economics who will lead a team examining health costs and needs of those in the post-retirement phase.

The Superannuation Research Cluster has begun work with the first outcomes expected by the end of this year. 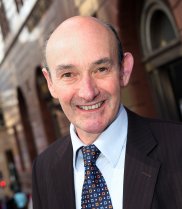