Dr John Bannister was the leader of the project which resulted in the SIRO2 gas sensor.  He obtained his BMetEng, MEngSci (Metallurgy) and PhD degrees, all from Melbourne University. His theses involved the study of phase equilibria involving uranium dioxide, supervised by Mr GM Willis and Professor HW Worner.

After graduation he joined the Australian Atomic Energy Commission, working in the Ceramics Group at the Lucas Heights Research Laboratories, where his interests were in sintering kinetics and mechanisms, particularly in ceramic materials of use to the nuclear industry such as beryllium oxide, uranium dioxide and thorium oxide.  During this time he spent one-year attachments at the Oak Ridge National Laboratories (1964/5) and the Ceramics Department of MIT (1965/6). He subsequently participated in the tender assessment process for the proposed nuclear power station at Jervis Bay, where his responsibilities were fuel element behaviour and fission product containment.

He was appointed to CSIRO in early 1974, joining the Ceramics Group of the then Division of Tribophysics, the group being led by the late Dr Neil McKinnon.  In 1988 he became Ceramics Program Manager, succeeding Dr Mike Murray who had been appointed Chief of the division now named theDivision of Materials Science and Technology.  John stepped aside from that position in 1990 to concentrate on his role as Technical Program Chairman of the 1992 Conference of the Australian Ceramic Society and the concurrent conference on the science and technology of zirconia.

John Bannister retired from CSIRO in 1994. For ten years, beginning just before retirement, he served as a casual lecturer in the Monash University Materials Engineering Department, where he gave a course in functional (or electrical) ceramics to final year BMatEng students. 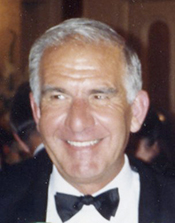