John Brooks was born in Sydney on 22 July 1940. He received his primary school education at Beverly Hills, a southern suburb of Sydney and his secondary schooling at Canterbury Boys’ High School from 1953 to 1957. As John recalled:

Canterbury Boy’s High was a selective school up until the 1960s and former Prime Minister John Howard was in the year ahead of me. My parents started a small ‘Floor Coverings and Furniture’ business in Beverly Hills around 1948 soon after my father returned from World War II. In retrospect I believe that Beverly Hills at that time was a growing suburb full of people aspiring into the middle classes. My Mum and Dad were both extremely hard workers with Mum being the custodian of the money and Dad being the salesman. Both were heavily involved with community activities (Rotary, Lions, etc). My Dad was very active in Local Cricket Associations and started ‘The Georges River Penshurst District Boy’s Competition’ in the early 1960s. The competition is still going and in fact thriving.

After completing his Leaving Certificate in 1957, John did a six year Part-Time Degree in Engineering at the University of NSW under an Engineering cadetship scheme run by a firm called Kriesler Pty Ltd. Kriesler designed and produced radios and television sets. Under the terms of this scheme he worked in a variety of areas within the six year period on virtually a full-time basis (7.30 am till 4.15 pm) and then attended University at night. As he recalled:

We used to joke that we mightn’t have been too bright but we could certainly work pretty hard.

After graduation in early 1964, he and his wife (they were just married) went to Manchester University in the UK where John had secured a position at Jodrell Bank, their Radio Astronomy Department. It was there that he met visitors from CSIRO’s Division of Radiophysics which eventually led to his securing a job there when he returned to Australia in late 1965.

John joined CSIRO in 1965 as a young engineer working on equipment for the Parkes radio telescope and in 1972 was awarded a Master of Engineering Degree by the University of NSW.

In 1982, the then Chief of the Division of Radiophysics, Bob Frater, had the daunting task of building the Australia Telescope Compact Array. This was an ambitious project, with the aim of building a world-class array with 80 per cent Australian content. Bob selected John Brooks as the man who could make this happen and appointed him as Project Manager. Under John’s leadership, this goal was achieved, culminating in the opening of the Compact Array in 1988.

During his career at CSIRO, John had many roles. As Engineering Manager of the ATNF he ensured that the Compact Array and the Parkes radio telescope continued to provide astronomers with world-class facilities. He was in charge of the major upgrades to the ATNF facilities including the high frequency upgrade to the Compact Array, the addition of a North-South spur to the existing East-West Array and a 21-cm Multibeam radiometer system to the Parkes Telescope.

Over the years, John built up a network of international linkages through exchange programs and negotiated and managed millions of dollars worth of contracts involving the telescopes. These included:

The mission of the SETI Institute is to explore, understand and explain the origin, nature and prevalence of life in the universe

As Assistant Director of the ATNF, he became increasingly involved in CSIRO corporate issues, including the Enterprise Bargaining agreement (around 1995) between CSIRO and the Unions. He provided strong Human Resources support to the Director in maintaining a high-level of staff satisfaction within the ATNF. He always led by example, making the tough decisions when they had to be made, providing guidance and encouragement to staff and always giving credit to colleagues.

In February 2003, John Brooks retired from CSIRO after 37 years of service. Looking back he recalled:

In fact one of my most difficult assignments was to get our Engineering Groups at the ATNF to write up our construction story. This was done and culminated in a special issue of The Journal of Electrical and Electronics Engineering Australia, 12, No 2, June 1992. It includes a Foreword, Overview and 14 technical and operational papers.

For his role in the Australian Telescope construction work, upgrades and additions as well as the numerous international engineering contracts he negotiated and managed John Brooks was awarded a CSIRO Medal for Research Achievement in 1988 and one of the inaugural CSIRO Lifetime Achievement Awards in 2002. 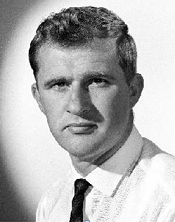