Robert Evans was born on July 8th, 1949 at Paddington Hospital in Sydney, and lived in Coledale (a small coastal town 40 km south of Sydney).

Before marriage, his mother was a nurse at Coledale Hospital and his father was a salesman. His parents owned a general store and Robert went to Coledale primary school, where his second year teacher, Mrs Troy, imparted a lifelong interest in science by vividly discussing the possible origins of the solar system.

At age eight, Robert moved away from Coledale and went to several primary schools in New South Wales, before moving to Auckland, New Zealand, where he attended Mount Albert Grammar School. His interests in science were greatly encouraged by the excellent teachers and a headmaster (MD Nairn, MBE) who earned the admiration of staff and students alike.

In 1968, Robert returned to Australia to attend the University of Sydney, where he studied science and developed his interest in music by joining a local band ‘ an experience which helped him relate to scientific audiences throughout his career.

In 1972, he obtained his BSc with first class honours, majoring in Physical Chemistry from the University of Sydney and his PhD in the Physical Chemistry Department of the University of Sydney in 1976. His PhD thesis was on ‘Steric Stabilisation’. In this project he discovered new polymerically stabilised colloidal dispersions and described their thermodynamics. He applied quantum electrodynamics theory to describe attraction forces between colloidal particles, demonstrated enthalpic and entropic stability regimes in aqueous and non-aqueous media and demonstrated specific sensitised flocculation behaviour between dissimilar colloids.

From 1976 to 1978, he was a postdoctoral Fellow at the Empire State Paper Research Institute, State University of New York, Syracuse, NY, USA, working on colloidal properties of cellulose, floc strength measurement and theory. He developed theory and methods for estimating the strength of microcrystalline cellulose flocs and for demonstrating the anisometric nature of cellulose microcrystals on a macroscopic scale.

From 1978 to 1985, he was a Research Officer/Senior Research Officer at Australian Paper Manufacturers, Research Division, Alphington, Victoria, Australia. During this period he worked on many industrial research projects including paper strength improvement, pulping kinetics, large-scale effluent decolourisation, foam control and bleaching and sterilisation of milk carton board. At APM he helped lay the foundation for the alkaline sulfite/anthraquinone pulping process.

During the period 1988-2007, his projects included cellulose polymer chemistry and physics, paper physics and methods for determining cellulose molecular weights by viscometry. He led the research that resulted in the SilviScan® invention, development and applications, sonic and near infrared spectroscopic assessment of wood and non-destructive testing; new methods for rapid assessment of wood density; new microfibril angle measurement theory and application to high-speed automation; new methods for the estimation of wood stiffness and for estimating the longitudinal shrinkage of radiata pine; and a method for identifying compression wood in softwoods.

His group developed an ethanol-exchange method for drying wood without collapse as well as a method for using dendrometer data for mapping wood properties and environmental/silvicultural events onto a common scale (Biology of Forest Growth program, initiated by Dr Joe Landsberg).

He designed SilviScan®-1, -2 and -3 and a large number of associated techniques; designed a novel NIR device for scanning wood at high spatial resolution, as well as a method for obtaining NIR measurements that match those from SilviScan®, and add chemical information to the automated analysis of wood. He also developed: a method for estimating modulus of rupture of wood from SilviScan® data; a method for constructing whole-tree maps of wood, pulp and paper properties; methods for visualising complex data from SilviScan® and laid the groundwork for the sale of SilviScan® to Sweden and to Canada.

In 2007, he was appointed a CSIRO Fellow, in the Division of Materials Science and Engineering, specialising in the development and application of SilviScan® and related technologies (X-ray diffractometry, X-ray imaging, image analysis, sonics, NIR spectroscopy, numerical analysis and modelling, large-scale data manipulation, informatics and scientific visualisation).

Rob Evans is the author/co-author of 90 refereed papers, over 75 Conference papers, five Book Chapters, over 40 Technical reports/papers and two software products and is the designer of the Silviscan® instruments which were constructed in Melbourne by CSIRO staff and external contractors. 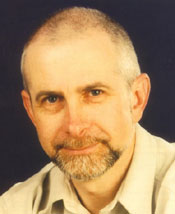