Chair of the CSIRO Board, Simon McKeon announced today that the new Chief Executive of the CSIRO will be Dr Larry Marshall.

The appointment of Dr Larry Marshall as the new Chief Executive of the Commonwealth Scientific and Industrial Research Organisation (CSIRO) was announced today by the Chairman of the CSIRO Board, Simon McKeon.

“Dr Marshall has an impeccable record as a scientist, a technology innovator and business leader,” Mr McKeon said.

“His wealth of experience in developing and applying science and technology makes him an excellent fit.

“The Chief Executive of CSIRO is probably the most important position in national science administration, so we conducted an extensive global search for an innovative scientist with strong business leadership qualities, and more than 70 candidates were considered.

“Dr Marshall combines commercial and scientific credentials with extensive global experience, making him the world class leader we were seeking for CSIRO.

“The Board is confident that Dr Marshall will lead CSIRO in a manner which ensures that it continues to provide advice of the highest quality to Government as well as provide best practice collaboration with the private sector.”

Mr McKeon also thanked current Chief Executive Dr Megan Clark for her leadership of CSIRO for the past six years. Dr Clark will leave CSIRO at the end of December this year.

“Dr Clark leaves CSIRO with a legacy to be proud of, most notably for her long term commitment to the global competitiveness of Australian science through the establishment of research precincts; and to major knowledge infrastructure projects such as the new research vessel,” Mr McKeon said.

Dr Marshall will join CSIRO in January 2015. He is currently Managing Director of Southern Cross Venture Partners, an early stage venture capital firm specialising in creating Australian technology companies and growing them globally in Asia and the United States.

Dr Marshall was educated at Macquarie University (Sydney) where he took a doctorate in physics. He began his career in the Defence Science and Technology Organisation and has 25 years experience as an international technology entrepreneur and holds 20 patents protecting commercial products. He has founded six successful United States companies in biotechnology, photonics, telecommunications and semiconductors. 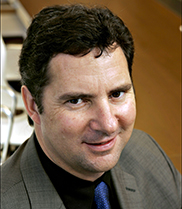 Previous post:
Australia examines its strengths and sees its future in iManufacturing
Coming up next:
Brian John Myers