Brian John Myers was born in Toronto, Canada in 1947 and was educated at St Michael’s College. He completed his BSc Forestry (Hons) at the University of Toronto (Faculty of Forestry) in 1970. He taught forest soils and dendrology and led a silvicultural research team at the University in 1970 and 1971.

In 1971, he migrated to Australia where he joined the Commonwealth Forestry and Timber Bureau (Forest Research Institute) which became CSIRO Division of Forestry in 1975. He conducted research into the application of specialised aerial photography for forest inventory and forest damage assessment. In 1976, he completed his MSc at the Australian National University and achieved his Commercial Pilot’s Licence in 1977 from the Department of Civil Aviation.

From 1975 until 2003, he worked for CSIRO Forestry and Forest Products and its predecessors, conducting research initially on remote sensing and subsequently on tree physiology, tissue water relations and plantation water use.

He lectured in a United Nations course on remote sensing in Harbin, China in 1980 and co-edited a special issue of the journal Forest Ecology and Management in 1992. This volume on the interactions of water and nutrients controlling growth in Pinus radiata was the culmination of a world-renowned 5-year multi-disciplinary research project on irrigation and fertilisation of plantations ‘ the Biology of Forest Growth Project.

Brian’s research was in eco-physiology, specialising in water-stress physiology. Significantly, he developed and published the concept of the water stress integral ‘ a link between short-term stress and long-term growth of trees.

In 1991, Brian was instrumental in establishing the Wagga Wagga Effluent Plantation Project ‘ a large multi-divisional project to study the sustainability of effluent-irrigated plantations in Australia. He led a team comprised of nine scientists and nine technical staff from three CSIRO Divisions and the University of Melbourne. It was a CSIRO priority project and was sponsored by a consortium of organisations including Federal, State, Local Government, University and private agencies.

His research was in the water relations, water use and salinity control on growth of trees under effluent irrigation. In 1999, he was the senior author and editor of the major outcome of the project: national guidelines for effluent re-use, Sustainable Effluent-Irrigated Plantations: An Australian Guideline published by CSIRO Forestry and Forest Products (293 pages plus CD ROM). It was launched by The Minister for Science, the Hon Nicholas Minchin in August 1999.

Brian has authored or co-authored more than 150 papers, reports and articles.

After retiring from CSIRO in 2003 Brian moved to the South Coast Region of New South Wales (Cobargo) where he owns and manages the Wandella Woods Arboretum.

He is a member of the Institute of Foresters of Australia and in 2011 was elected to the position of Australian Vice President on the World Council of the International Dendrology Society for five years.

Brian and the projects he has led have been recognised by the following awards: 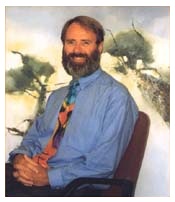