Harold James Frith was born at Kyogle in north-eastern New South Wales on 16 April 1921, the second son of Richard Frith, a dairy farmer on the Richmond River, and Elizabeth Marshall.

His father was a bushman who knew a great deal about birds and other animals and their relationship to the food and changes of the seasons, and was also an ardent hunter. Frith acknowledged that his father was a major influence in developing his early interest in natural history. His father gave him a copy of the first edition of Cayley’s What Bird is that? for his tenth birthday, and later Frith dedicated his major book, Waterfowl in Australia, ‘to my father who taught me about birds’.

Frith was educated first at the Lismore High School, and later at Scots College in Sydney. After matriculation, he entered Sydney University to study Agricultural Science. In his first year he won the Fitzroy Prize for Principles of Agriculture. He completed the pass degree at the end of 1941 but did not complete the honours course because of the Second World War. He enlisted in September 1941 and served in the 2nd Australian Imperial Force from then until 1945, rising to the rank of Lieutenant. He served in the 2/6 Field Regiment as a gunner, seeing service in Syria and Palestine, until Japan entered the War, when his unit was brought back to Australia in March 1942. He recounted that, on the voyage, the ship turned this way and that in the Indian Ocean, as Churchill and Curtin debated whether or not the troops on the ship should be sent to Burma or return to Australia. Churchill refused to provide naval escort for the ships to return; hence the erratic, evasive course they took. In September 1942, Frith’s regiment went to New Guinea, taking part in the Buna and other campaigns.

His time in New Guinea was a great inspiration to Frith, showing him the natural wealth of unspoiled rainforest and inspiring him with ambitions to develop effective conservation reserves and policies in Australia. Primarily he was driven by the urgency of conserving Australian birds; this drive spilled over to other wildlife, but birds were his highest priority. First and foremost he saw the need for real information about the biology of Australian species.

In May 1946, he was appointed Assistant Research Officer to the CSIR Irrigation Research Station at Griffith, NSW to work under Eric West on the cultivation of orange trees. Part of the research was periodically to measure the citrus trees. Frith found that each tree contained the nests of zebra finches and other small passerine birds and he began to gather information about them. Soon he found that his field notebook had as much about what the zebra finches were doing in the orange trees as about the attributes of the trees that he was paid to study. At this time he had no idea that his interest in birds could be developed as a career, but a series of events was to change this in 1952.

After the successful release of the myxoma virus in December 1950 and the subsequent epizootic of myxomatosis that spread through the rabbit populations of eastern Australia, there was an urgent need for biologists to monitor the epizootic as it evolved in different parts of the country. Francis Ratcliffe, who was Officer-in-Charge of the Wildlife Survey Section of CSIRO, responsible for the myxomatosis program, sought the temporary use of Frith to monitor the spread of the disease in the Griffith region of NSW. This encounter kindled in Frith the desire to join the Wildlife Survey Section in order to work full-time on birds, and in January 1952 he sought a transfer from the Irrigation Research Centre, which after some negotiations between the two groups was approved in July 1952.

His first scientific publication was on pigeons and his last book, Pigeons and Doves of Australia, published after his death, was its culmination. These studies included detailed observations on the behaviour of all the Australian species.

This work established his international reputation in ornithology. It was published in a series of papers between 1955 and 1962 and was one of the first Australian ecological studies in which rigorous experiments were conducted in the field to test hypotheses. It was summarised in his classic book, The Mallee fowl, a bird that builds an incubator, which set the style for a new genre of books on Australian wildlife that combined scientific findings with a writing style that appealed to a wide public. This book, and his later ones, were to have an important influence in changing public perceptions about wildlife species and the effects of farming practices on their survival.

His primary task until 1960 was the ecology and economics of the Anatidae (ducks and geese), which comprised the economics of wild ducks in the Murrumbidgee Irrigation Area and of wild geese and ducks in the Northern Territory, where they were considered to be pests of rice crops. These studies included life history studies on waterfowl and the regulation of their breeding and nomadism across Australia. His pioneering studies on the breeding, feeding and movement of Australian ducks, particularly the Grey Teal, Anas gibberifrons, and the Freckled duck, Stictonetta naevosa, were recognised as his most important contribution to ecology.

Magpie geese and the origin of Kakadu National Park

Immediately after the War, the cultivation of rice had begun in the Northern Territory at Humpty Doo station and later in the Ord River development. At Humpty Doo the site chosen for the rice was a breeding ground of magpie geese, Anseranas semipalmata, and a not surprising consequence of this was that the geese entered the rice fields and caused crop losses. This led, in 1955, to a request for the Wildlife Survey Section to investigate magpie geese and the extent of their depredations in northern Australia. Ratcliffe asked Frith to undertake the task and it proved to be a critically important event in the development of Frith’s career and of his contribution to Australian conservation. The main publication that resulted from this study [Frith and Davies, 1961, ‘Ecology of the magpie goose, Anseranas semipalmata Latham (Anatidae)’, CSIRO Wildl Res., 6: 91-141] demonstrated that the life cycle of the geese centres around moderately deep water in the low-black-soil swamps, which provides the bulk of their food for the whole year and their breeding habitats. These are relatively restricted areas and any alteration would lead to the destruction of the goose colonies, as had happened over other parts of Australia. Their conclusion was that the geese would not be a continuing problem to the rice industry; rather the advance of settlement would eliminate the magpie goose from the Northern Territory.

This conclusion aroused in Frith a passion to preserve at least some of the great biological wealth of the northern coastal plain and Arnhemland. He found sympathetic allies in Goff Letts, Lionel Rose and Tom Hare of the NT Animal Industry Branch, who like Frith knew the birds and plants of Northern Australia and were keen to establish conservation reserves. The NT Animal Industry Branch appointed Frith to its Fauna Advisory Committee because of his work on magpie geese, and that knowledge informed the recommendations of the Committee.

In 1965, the NT Reserves Board recommended the formation of a National Park in the Alligator River area of the far north of the Northern Territory. This was to cover 6 410 square kilometres and include Woolwonga Aboriginal Reserve. However, it was not until 1970 that the Federal Government agreed to establish a Planning Team of three people to develop a management plan for a national park in the area. Frith was the third person on the team, and subsequently John Calaby and four members of the NT Administration were also included as specialist members assisting. The Planning Team published its Proposal for a Northern National Park, NT in 1971. However, in 1972 the NT Administration proclaimed under the Wildlife Conservation and Control Ordinance, the Alligator Rivers Wildlife Sanctuary of about 3 290 sq.km. Later recommendations of the Ranger Uranium Environmental Enquiry for a great expansion of the Park led to the declaration in April 1979 of the Kakadu National Park, which incorporated the former sanctuary. While many people were involved in the establishment of Kakadu, Harry Frith was among the first who conceived of a great park in the Top End, and he was involved for almost 20 years in achieving its realisation. He was never happier than when showing off the magnificence of Kakadu and its varied fauna to those who had not previously experienced it.

Subsequently, in 1975, in his capacity as Chief of the Division of Wildlife Research, Frith negotiated with the NT Government for an adjacent portion of land, Kapalga, between the South and West Alligator Rivers, to be assigned to the CSIRO as a research site for 20 years. In 1984, Kapalga was incorporated into Kakadu National Park, as part of Stage II, and control transferred to the Australian National Parks and Wildlife Service, but it remained as a research station until 1994.

In 1960, Francis Ratcliffe gave Frith the task of leading a major research effort on the desert kangaroos, particularly the Red Kangaroo, Macropus rufus, which was considered to be a competitor of sheep in the grazing lands of western NSW and in need of control. The method of aerial counting of kangaroos was subsequently refined by Graeme Caughley and became the basis for the management of kangaroos across Australia.

Role as Chief of CSIRO Division of Wildlife Research

Frith was appointed Officer-in-Charge of the CSIR Wildlife Survey Section in May 1961, and within a year of his appointment the Section became the Division of Wildlife Research with Frith its first Chief. Almost immediately he was appointed, Frith went off to the little cabin in the Tidbinbilla Reserve, which Norman Robinson used as a base for studies of the Lyre Bird. He spent a week alone there thinking about the long-term needs for research on wildlife in Australia and how the Section could best be positioned to answer them. During that week he produced a paper setting out his aims for the Section and its reorganisation. The three main aims were to be:

To achieve these aims, he proposed to reorganise the staff by concentrating everyone at Canberra and Perth initially, and subsequently to establish a third group at Darwin. During the next ten years, this plan was largely accomplished; strong groups were developed in rabbit biology and marsupial biology in Canberra, cockatoo and emu ecology in Perth and wetland ecology in Darwin. In addition, extensive fauna surveys were conducted in northern Australia and Papua New Guinea to determine what wildlife survived and where. These surveys were the precursors of present day environmental impact assessments and provided the material for the creation of the Australian National Wildlife Collection.

Early in 1980, he announced that he proposed to retire as Chief in April 1981, when he reached 60. His intention was to retire to the property he had purchased in northern NSW, close to where he had grown up as a boy and where he wanted to restore the country to its original rainforest and to pursue studies on another mound building bird, the brush turkey, Alectura lathami, in the border ranges. In October 1980, he suffered a severe heart attack and remained on leave until his retirement the next year. He enjoyed a short time in his new home at Goonellabah, near Lismore, but suffered a second heart attack on 28 June 1982, from which he did not recover.

His most lasting contributions to Australia were his building of the Division of Wildlife Research and his books on natural history, with their detailed biological information and conservation message. Harry Frith was a pioneer in Australian conservation and, in the years since his death, we have witnessed the flowering of many of the projects in which he turned the first sod. The research and management strategies he promoted have led to a conservation program that gives greater security to the Australian wildlife than it had when his work started. 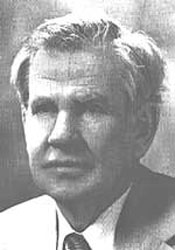