Robin ET Hill was born on 10th August 1941 in Ipswich, Queensland. His primary schooling was at West Ipswich State School (1946-53) and Silkstone Primary School, Ipswich (1954). His secondary education was at Ipswich Boys’ Grammar School from 1955 to 1958.

He did his undergraduate degree at the University of Queensland from 1959 to 1963 graduating B(app)Sc in Geology with first-class honours. After a short period as a petroleum geologist, he gained a Canadian Commonwealth postgraduate Fellowship to undertake research for his PhD at Queen’s University, Kingston, Ontario, Canada (1965-68). He worked under the supervision of Dr PL Roeder, and gained his degree in the field of experimental petrology in 1968. His thesis was titled: ‘The Crystallization of Basaltic Melts as a Function of Oxygen Fugacity’.

From 1968 to 1973, he was a postdoctoral researcher at Pennsylvania State University, working on the role of carbon dioxide in mantle-derived silicate melts, and a nickel research geologist with a mineral exploration company in Canada.

In 1973, he joined the Division of Minerology, CSIRO, Perth, Western Australia. His research at CSIRO continued on geological aspects relevant to nickel exploration and developed a focus on the complex volcanological evolution of Archaean ultramafic rocks which host the nickel deposits. Dr Hill held the positions of Research Scientist, Project Leader, Program Leader, Segment Manager, and Assistant Chief of the Division during his thirty-one years of tenure at CSIRO. During that period the Division had several name changes becoming the Division of Exploration and Mining in 1993.

Subsequent to 1992, Dr Hill continued his successful research on nickel deposits and their environments in Australia and overseas. His research group achieved an indisputable premier international position for its applied research on Archaean komatiite-associated nickel deposits. The Group’s research formed one of the case-studies which assess the impact of research in the CSIRO Minerals and Energy Sector published by CSIRO in the late 1990s under the title ‘Commitment, Collaboration and Impact’.

In 1993, Dr Hill undertook a four month sabbatical term with the USGS Hawaiian Volcano Observatory in Hawaii to study recent and active basalt flow emplacement mechanisms. In 1995, to extend a globalisation strategy of the Australian minerals industry, Dr Hill was seconded to Outokumpu Metals and Resources in Finland to consult on the development of the Company’s nickel exploration strategy for Finland and Russia.

Dr Hill developed and guided his research from a comprehensive global knowledge of ‘nickel’ from mineral to market. He retired from CSIRO in 2004.

For contributions to nickel research and development he and his group received the following awards: 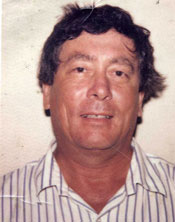