Jonathan Huntington was born and educated in England. He was awarded a Bachelor of Science with Honours in 1968, from the Kingston Polytechnic College at the University of London, England. His Honours thesis focused on structural mapping and was entitled ‘The geology of the southern part of the Cross Fell Inlier, Westmoreland, England’. In 1972, after studies in the Pyrite Belt in southern Spain, he completed a PhD at the Royal School of Mines, Imperial College, University of London, for his thesis entitled ‘A photogeological study of fracture trace patterns using data processing techniques’.

He is an international expert on field, airborne, subsurface and spaceborne mineral mapping. This involves using the spectral reflectance properties of geological materials at visible and infrared wavelengths for lithological and alteration mapping, mineral exploration and mining purposes.

He joined the CSIRO Division of Mineral Physics in 1974 after working as a remote sensing expert with International Nickel Australia Ltd. At CSIRO he has initiated and led numerous innovative and commercially-directed mineral mapping systems projects, mostly involving direct industry sponsorship. He was the research leader of the Division’s Mineral Mapping Technologies Group involved in satellite airborne and field-based hyperspectral mineralogical sensing.

In the early 1980s he spent three years trying to persuade the Commonwealth Government of the benefits of Australia building its own ground station to receive LANDSAT data. When support was not forthcoming, he played a key role in securing industry support to develop the facility. He recalled in 1995 after sharing the Australia Prize with Richard Moore (University of Kansas) and CSIRO colleagues Ken McCracken and Andrew Green:

In some respects, the same scepticism and ignorance of the true value of this technology to end-users, as opposed to a space industry, per se, applies in official circles today, and has been responsible for Australia’s failure so far to fully capitalise on space-based sensing technologies. Our remote-sensing group in CSIRO consciously avoided direct involvement in the space industry. While others were trying to establish a space industry without really thinking about how to use the technology, we were more interested in the end uses, rather than the means – we focused on solving the minerals exploration industry’s problems using remote sensing.

Our philosophy has been very much one of studying the industry problem and being proactive in its solution by developing the most appropriate technology, rather than waiting for someone else to develop something that may, or may not, be applicable to exploration. Despite enormous use of LANDSAT and SPOT data by the mining and exploration industry, no space-based sensing system has ever been specifically developed for the needs of this industry. So the benefit has been basically fortuitous.

We think it is long overdue for Australia to take a lead in tailoring technologies to the needs of specific users, without the compromises in performance that result from a system that tries to be all things to all men. The reality is that Australia couldn’t afford a space program costing hundreds of millions of dollars. But that doesn’t mean we can’t obtain a huge competitive advantage by being more subtle and focusing on specific technologies capable of delivering benefit to Australian users. We should aim for excellence in niche areas rather than spreading our efforts too thinly. Clearly, one of the things that has worked in our favour is that the minerals exploration industry has been on our side almost from the beginning. We’re very grateful for this. But the benefit has been two-way. The close relationship we have developed through collaborative, consortium research with this industry (through the Australian Minerals Industry Research Association) has led to our research results being rapidly implemented. I really believe this is a model for research support and interaction that could be very profitably followed for better application of remote sensing to renewable resources issues in this country.

The fact that Australia previously could not afford to develop its own space-based sensing industry had led Jonathan and his colleagues to develop remote-sensing technologies that could be fitted into low-flying aircraft. As he commented:

Australia now led the world in airborne geophysical survey techniques, while the Australian mining industry had become a global player, spending some 40 per cent of its exploration funds in exploring virgin ground overseas. The results of the team’s research, applied from airborne platforms, had the potential to increase the international competitiveness of many Australian companies.

In 1980, he and his colleagues concluded that airborne spectroscopy was the future direction of remote sensing, and embarked on a l0-year project to develop airborne spectrometers that could simultaneously map at least 20 minerals. The relative abundance of these clay, silicate and carbonate minerals could signal the presence of buried mineral deposits. This has been achieved using the world’s first pulsed-laser profiling reflectance spectrometer in the early 1980s. The instrument, carried by a low-flying aircraft, can identify silicate and carbonate minerals that make up most rocks, and help detect patterns that may indicate mineral deposits. It has, in turn, led to a new-generation of Australian airborne spectrometers, already in advanced stage of development, that could identify some 50 different minerals simultaneously. These developments were part of the CSIRO’s continuing commercialisation strategy, which aimed at allowing Australian companies to gain operational benefits from their research.

… very much a hybrid subject. I have been fortunate to have had such a long and successful association with Dr McCracken and Dr Green and other members of the research teams they built up. It has been enormous fun doing the research. I enjoy working beside scientists whose science is foreign to me, but who need me as much as I need them. I get an enormous charge out of that.

In 2000, he recognised a major opportunity for CSIRO in the application of hyperspectral technologies to the analysis of drill cores and drill chips, taking his extensive experience in spectral sensing technologies into new fields. This has spawned a new platform technology for the minerals industry, known as HyLogging®, which while not only innovative and world first in scale, is rapidly leading to the derivation of new knowledge surrounding the mineralogical characteristics of the top 2 km of the Australian continent and the mineralogical study of ore systems.

In 2007, this resulted in the Australian Federal Government support for the Auscope National Virtual Core Library (NVCL) project, a world first endeavour involving all the seven State and Territory Geological Surveys of Australia, to build a national, on-line database characterising the mineralogy of the nation’s huge drill core assets, using CSIRO’s suite of HyLogging® technologies.

He is currently component leader for the AuScope NVCL project and directly involved in the development of CSIRO’s commercial TSG® software package and its applications and deployment in the minerals industry. 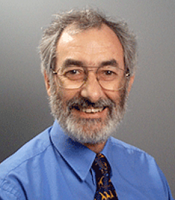