Frank Richard Arthur Jorgensen was born on 5 May 1937 in Perth, Western Australia, the eldest son of Marie, a nursing sister and Richard an engineer. He received his primary education at Burnie and Charleville state schools while his secondary education was undertaken as a boarder at Brisbane Boys Grammar School. He obtained his BE (Hons) degree in 1960 and his PhD in 1965, both from the University of Adelaide. His PhD project (1960-64) was on the high temperature oxidation of iron in carbon dioxide and his main interests throughout his career have been flash smelting, bath smelting and roasting. Dr Jorgensen passed away on Wednesday 3 February 2016 after a very long illness.

He rejoined CSIRO Division of Mineral Chemistry as a Principal Research Scientist in 1974 and for the next 12 years (1974-86) carried out research into flash smelting, roasting, particle temperature measurement, reactions of small particles while suspended in a gas stream, volatilisation of impurities. During this period he was promoted to Senior Principal Research Scientist.

In the period 1986-96, he was Research Manager and promoted to Chief Research Scientist at CSIRO Mineral Chemistry engaged in the following projects: modelling flash smelting furnaces; heat transfer and pressure drop in the SiroSmelt lance; coal combustion, roasting and carbochlorination research; production of anhydrous magnesium chloride and the safe disposal of toxic elements.

From 1996 to 2003, he held several positions. These were: Sub Program and Project Leader; Senior Scientist Metallurgy and Chemistry of High Temperature Systems; Manager Non-Ferrous Smelting; and Program Leader GKW CRC.

He was semi-retired over the period 2004-08 serving as a Chief Research Scientist and Project Leader and retired in 2008.

Dr Jorgensen has pioneered research into new smelting technologies as a Chief Research Scientist at CSIRO Minerals in Melbourne. Over the last 35 years Dr Jorgensen has guided the development of two modern intensive smelting methods: flash smelting and bath smelting. He single-handedly established the scientific framework for flash smelting and applied this theoretical work to improve the performance of industrial smelters in Australia and overseas. From the mid-1980s he also contributed to the development of the SiroSmelt bath-smelter to an industrial-scale with Mount Isa Mines and other companies. Dr Jorgensen is recognised by industry and his peers for ‘establishing south-east Australia as a mecca of flash smelting fundamentals’. 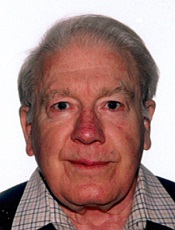