He joined the CSIRO Division of Protein Chemistry in 1964 as a Technical Assistant with Dr Fred Stewart to work on chemical peptide synthesis. He obtained his BSc, studying part time, from the University of Melbourne in 1971 and his PhD from the University of Melbourne in 1981. His Thesis title was: ‘Serum somatomedin and the regulation of growth-studies with rodent models’. The work was in collaboration with the Royal Children’s Hospital with Professor Don Cheek and CSIRO’s Gordon Crewther as co-supervisors.

From 1971 to 1981, as an Experimental Scientist, he worked with Gordon Crewther on the isolation of the helical segments from keratin and later, on characterisation of properties of human serum somatomedin (IGF-1).

Neil retired from CSIRO in 2011. He died on 20 March 2014 after battling multiple myeloma.

For his seminal contributions to science, Dr McKern has shared the following awards: 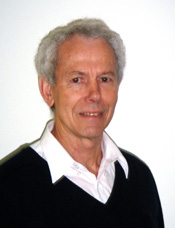