The divisional changes that led to the formation of these two divisions that now comprise the Division of Animal, Food and Health Sciences are summarized in the figure below with further details at the following links:

In a major restructuring of CSIRO in 2014, with Flagships replacing Divisions as the organization’s operating units, the Division was split into four major entities as follows: (i) the bulk of the Division (187 out of 474 staff) became the Food and Nutrition Flagship; (ii) the Australian Animal Health Laboratory became an independent CSIRO entity, (iii) 100 staff were assigned to the Agriculture Flagship (with 471, 76, 44, and 24 staff from the former the divisions of Plant Industry, Ecosystem Sciences, Land and Water and Marine and Atmospheric Research respectively) and (iv) 67 staff formed the new Biosecurity Flagship. In 2015 the term Flagship was dropped by the Organization. 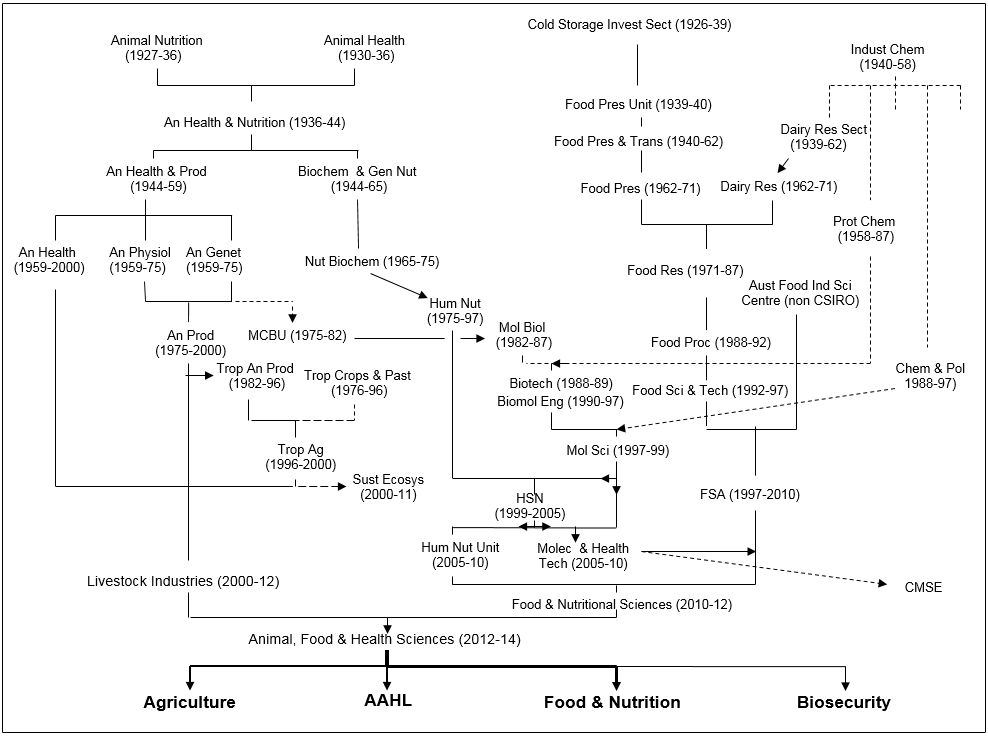