CSIRO’s research in food and nutrition had its origins from three sources:

In 1975 following a review by Professor Frank Fenner, FRS from the Australian National University, the CSIRO Executive agreed to redirect the Division of Nutritional Biochemistry from animal nutrition into human nutrition and the Division of Human Nutrition was established in January 1975. The Division had its headquarters in Adelaide and conducted research into the treatment of diet-related diseases with an aim to improve community health.

In 1997 the Division of Food Science and Technology formed a joint venture with the Australian Food Industry Science Centre (AFISC), to create Food Science Australia. FSA’s aims were to develop methods of processing, packaging and distributing foods with an emphasis on efficiency, safety and quality.

In 2010 the combination of Food Science Australia, CSIRO Human Nutrition Unit and the North Ryde laboratory of the Division of Molecular and Health Technologies became known as CSIRO Food and Nutritional Sciences.

History of Food and Nutritional Sciences 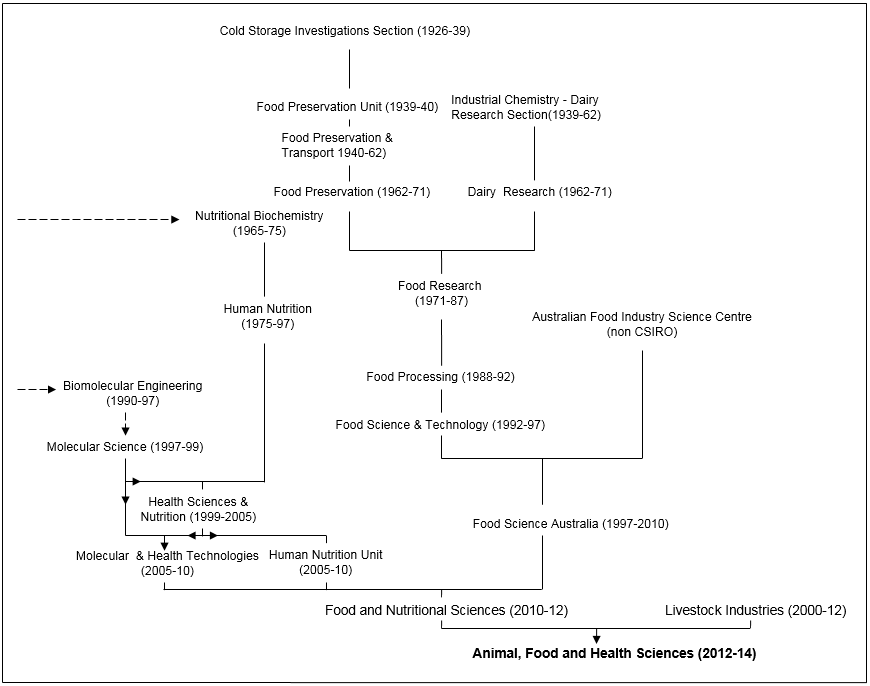