Dr Bertram Thomas Dickson was Chief of the Division of Plant Industry until his retirement in 1951.

Dr Bertram Thomas (known as ‘Bert’ or ‘B.T.’) Dickson, died in Sydney on 22 July 1982 at the age of 96, is remembered by several generations in Canberra as a major figure in the development of university education there from 1927-66.

He became a member of the Council of the Canberra University College in 1937. When the first Chairman, Sir Robert Garran, retired in 1953 Dr Dickson succeeded him, and held that office until the College became part of the Australian National University in 1960.

In 1960 he was appointed a Commander of the Order of St Michael and St George (CMG) for his services to science and education. He retired from active participation in public affairs in 1966 and went to live at Cronulla.

There is little doubt that Dr Dickson was encouraged to come the Canberra by the prospect of a university being established at some future date.

After having held the Chair of Economic Botany at McGill University (1919-26) and the Chair of Plant Pathology from 1926 he accepted in 1927 the position of Chief of Division of Plant Industry.

Although he had an assured future at McGill, he was attracted by the prospect of a career in the new national research institution and the future Canberra. It is interesting to note that his appointment (1927) was by Cabinet, and the actual wording of one of its terms required him ‘to keep himself ready to become Professor of Botany in the University when one should be established’.

The Canberra University College was established in 1929 by an ACT Ordinance which required it to provide courses for degrees in cooperation with one or more of the existing Australian universities. The University of Melbourne agreed to cooperate and passed in 1930 a Regulation recognising the College as a teaching institution for Arts, Commerce, Law and Science.

In 1930, 32 students enrolled in 11 subjects and the College appointed nine part-time lecturers. But the Great Depression of the 1930s prevented any rapid growth, and when economic conditions improved in the latter years of the decade the outbreak of World War II caused a further setback to the College.

Growth of enrolments improved as the War came to an end in 1945, but by that time the Commonwealth Government had adopted the idea of a national university with a strong emphasis on research.

This found expression in the Australian National University Act of 1946, but while it provided for postgraduate research schools it also envisaged provision for undergraduates, and the possible incorporation of the College into the University. 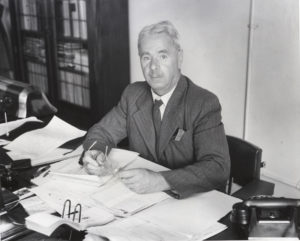 Show descriptionHide description
Dr Dickson was one of the most forward-looking members of the College Council who saw that whatever might be the ultimate destiny of the College, it was essential that it should pursue a policy of vigorous development to raise its academic status. Hence, by 1948 the decision was taken to appoint a principal of the College and to build up a full-time academic staff with professors as heads of departments.

Dr Dickson was authorised by Council to discuss the new office of Principal with Associate Professor H. Burton of the Melbourne University Faculty of Commerce and to invite him to occupy that post to be Professor of Economic History. The discussion was successful and Professor Burton took up duty in January 1949.

The Council, with the energetic support of Dr Dickson and under his Chairmanship from 1954 onwards, pressed on with a policy of academic development. He brought to Council deliberations valuable academic experience, a practical mind and he constantly introduced realism when discussions became unduly tenuous and theoretical. He presided over the transfer of the College in 1960 to the ANU.

There are always stories to circulate about this kind of man. Unfortunately, they are often forgotten. A couple of them follow.

At the age of 80 he presented himself for a medical examination and his doctor informed him he was a very fit man. ‘Good’, said B.T., ‘I’m off to Canada by air tomorrow morning’, and so he was.

On one occasion (exact circumstances not remembered) he was putting requests to the Prime Minister of the day on behalf of the College. Becoming impatient with the comments of some advisers he wagged a finger at the Prime Minister, with the words, ‘Now look here Mr Prime Minister’, and then had his say. Bert’s moustache could bristle with indignation, but it was usually followed by a genial smile which would relieve the tension; he was well known for his direct no-nonsense approach and sincerity.

Dr Dickson had a distinguished academic career, served with the British Army in France during World War I and was active in the public, social and cultural life of Canberra, as well as important post-retirement projects.

Dr Dickson is survived by his son, Dr Frank Dickson of Sydney, and his daughter, Marjorie.

Dr Dickson’s wife was a Canadian who died in Canberra in 1937. 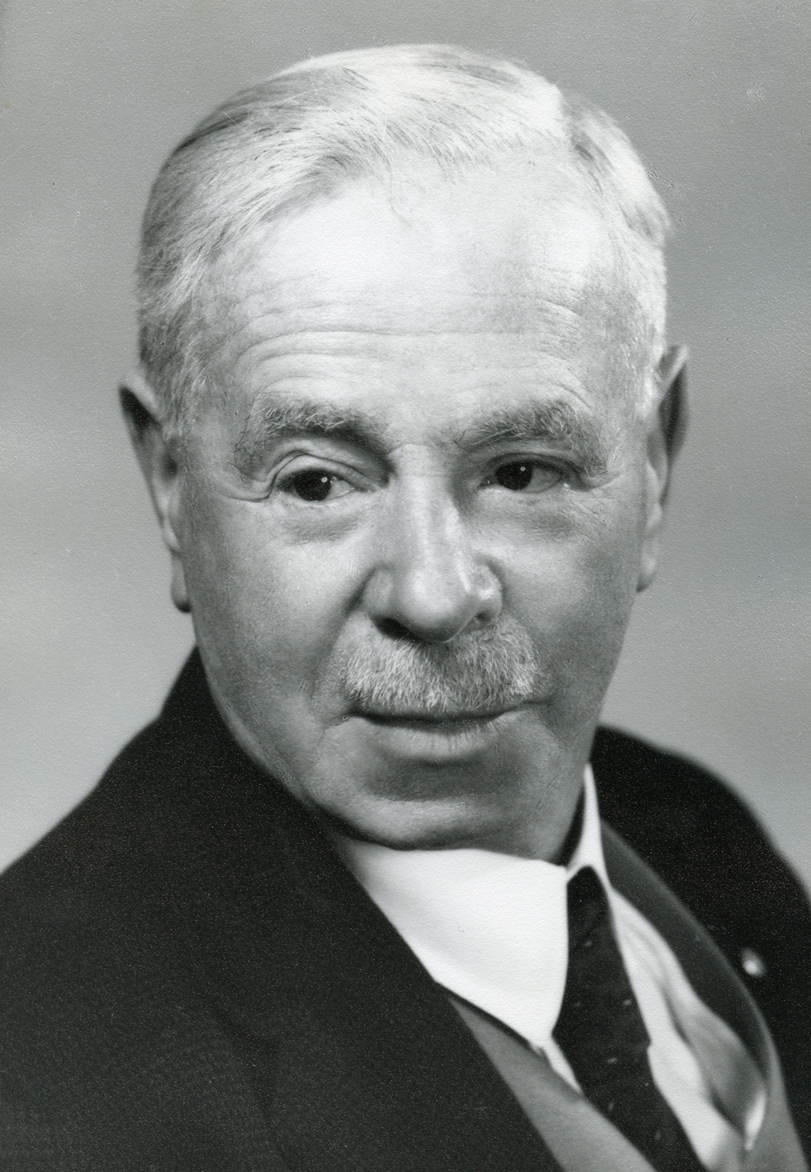