John David Bunton became interested in electronics at an early age building radios and fixing TVs while in high school. Winning a Commonwealth Scholarship made it possible for him to pursue his interest in electronics at Sydney University. Here he completed a BSc (1973) and BE (hons) (1975). From 1975 to 1982, he pursued postgraduate studies at Sydney University leading to the awarding of a PhD for a dissertation on ‘Loudspeaker Characterisation and Measurement’. The work required the construction of a measurement system connected to a minicomputer, investigations into measurement techniques and the use of the measured data and digital signal processing to understand loudspeaker behaviour. During his PhD studies he did part-time work that included tutoring, teaching, maintaining a teaching laboratory, and consulting.

In 1983, he joined Sydney University’s ‘Fleurs Radio Telescope’, then the highest resolution radio telescope in the southern hemisphere. The telescope had undergone a major upgrade but suffered from chronic unreliability. He discovered that the causes of this poor performance were structural problems in the antenna and encoder and improperly designed and debugged equipment. Design work included upgrades to the RF, IF and LO systems and converting the telescope to automatic unattended operation. He also contributed significantly to the post correlation processing packages and the astronomy program. During the last three years at Fleurs Radio Telescope, 1986 to December 1988, he was Engineer-in-Charge with responsibility for all aspects of telescope operation.

He joined CSIRO Division of Radiophysics, (now the ICT Centre) in 1989 and has worked there ever since. Starting as an Experimental Scientist he rose to Senior Principal Research Engineer in the Wireless Technology Laboratory. He has maintained his interest in all areas of electronics and has been a principal investigator or project manager for projects in:

In 2010, work on the last four was continuing, in particular in the $100 million ASKAP project where he is Project Engineer and Leader of Digital Systems.

In his time at CSIRO, John Bunton has also made significant contributions to:

A special area of interest is the development of the Square Kilometer Array (SKA), a one-billion-euro international instrument that is planned as the next generation radio telescope. His contributions have been in the areas of antenna concepts (cylindrical reflectors), antenna configurations, beamforming, correlators, interference mitigation, system constraints, and hybrid concepts. One major impact of this work was the introduction of wide-field-of-view capabilities at the 2003 Geraldton Conference. As a result of this, wide-field-of-view is now written into the SKA specifications and is a major driver for much of the SKA science. 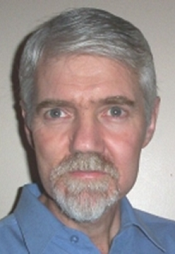