The Review of the CSIRO Division of Computing Research from February 1984 together with the Statement of Executive Decisions marked a turning point for Csironet.  The review contains useful information on the history of computing in CSIRO, and the development of the service.  On p 9, it is noted that ‘CSIRO was initially the major user of the network, but in recent years CSIRO usage of CSIRONET as a fraction of total revenue has decreased to about one-third of the total.  The principal users now are Commonwealth government departments.’  (There is a curious slant here that usage as a proportion of revenue is used: Commonwealth Government departments were, at least initially, charged the same rates as CSIRO users.)  Thus one can see a justification within CSIRO for asking why it was running a service principally for external users?

This was not the first review, and the report contains:

(In this era, people said that CSIRO stood for Commonwealth Scientific and Incessantly Reviewed Organisation!).

The review produced 14 major recommendations.  The first was:

The CSIRO Executive agreed with many of the recommendations, e.g. R1:

and agreed with the spin-off of the research work (into the Division of Information Technology), but went further:

This started the path to separation and eventually privatisation of Csironet.

The computing service and its associated developmental activities were placed into a separate agency known as CSIRONET, effective from 1 January 1985.  Research activities not directly related to the computing service formed part of a new CSIRO Division of Information Technology. (From the 1984-85 CSIRONET annual report). 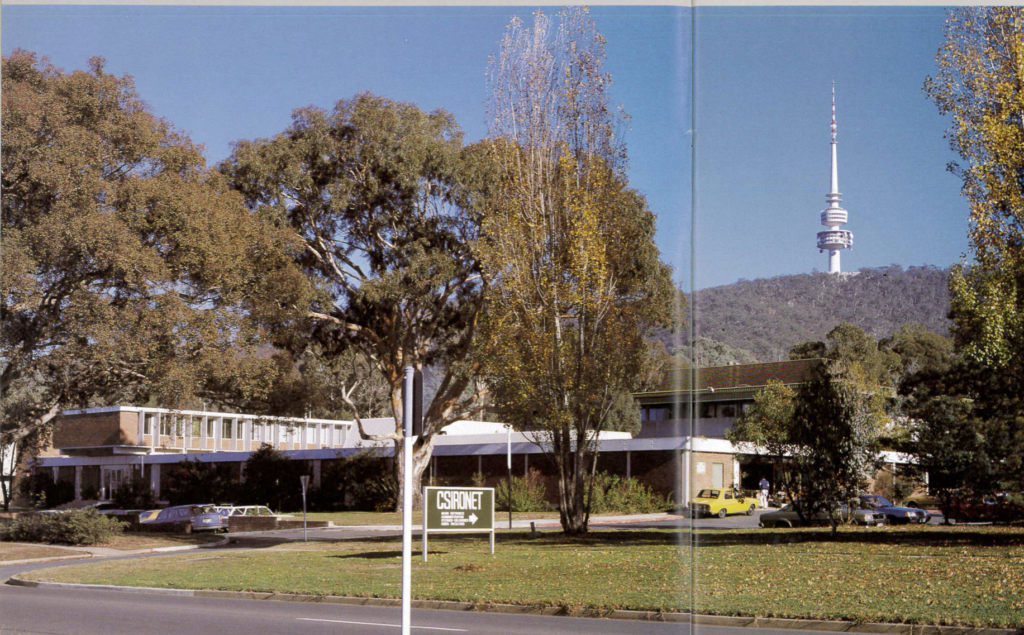 From then, CSIRO set in train a process to privatise Csironet. The first half was sold in about 1986, and in response to a letter of Rob. Bell’s published in CoResearch, the CSIRO CEO said that CSIRO would not sell any more, and would retain control. However, within about a year, CSIRO sold the remainder, while keeping the Cyber 205 and its services separate, and providing block grants for access, but constraining usage by requiring access to the front-ends to be subject to charging.

I was irked on a visit to the Information Technology Services Branch in around 1988 to find that CSIRO had negotiated prices for services on the Csironet systems, with a discount of 50% for administrative processing, and only about 25% for science processing!

An Advanced Computing Support Group was set up, separate from Csironet, to provide support for the Cyber 205 users, headed by Peter Price, and including Roger Brown, John Mooney and one other.