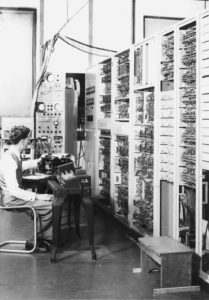 Much has been written about CSIRAC (originally called CSIR Mk 1), and it still exists in the Museum of Victoria. See for example:
McCann, Doug & Thorne, Peter 2000: The last of the first (Available on-line at https://cis.unimelb.edu.au/about/csirac/the-last-of-the-first-csirac-ebook.pdf ).

An emulator for CSIRAC has been written – see here. 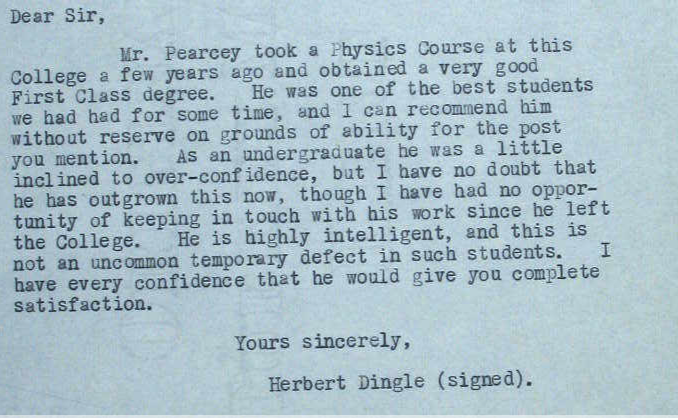 Here’s a recommendation for promotion from the 1961/1962 staff estimates, which was not approved but deferred for consideration the next year.

And, at NAA_ItemNumber11589410.pp125-126, is a letter from an Associate member of the CSIRO Executive, W. Ive, to Dr G. N. Lance about his appointment as Head of the new Computing Research Section, and his relationship with Trevor Pearcey, who was unsuccessful in his application for the position.

CSIRO had a review of computing needs carried out by overseas experts, with the recommendation to cease work on computers, as Australia could buy what it needed from the USA or UK. (Willis, J. B. and Deane, J. F., 2006).  See also the extracts about CSIR Automatic Computer and the development of transistors – I’m unable to find the source of these – which do not paint a good picture of decision making in Radiophysics – the same Division that auditioned and then rejected Joan Sutherland to sing at a Christmas Concert!  See here.)

CSIRO lent CSIR Mk 1 to the University of Melbourne: it was removed from Radiophysics in June 1955, and the University of Melbourne Computing Laboratory was officially opened in June 1956 with CSIR Mk1 formally recommissioned and renamed CSIRAC. CSIRO users used CSIRAC there, with staff (including Geoffrey Hill and Trevor Pearcey being based there).  Systems at other locations were also used – there was an English Electric (possibly a KDF-9) at possibly the Aeronautical Research Labs and maybe a Ferranti Sirius.  There was an Elliott 803 at the CSIRO Division of Chemical Physics at Fisherman’s Bend Vic – ‘hired for CSIRO as an interim measure’ (Csironet News no. 172, August 1983, p19; Garratt 1998, p28).

CSIRO Division of Meteorological Physics developed a mechanical computer in the early 1950s for the analysis of atmospheric turbulence records (Webb 1997, pp166-167; Garratt 1998, p28).  It was constructed mainly from parts obtained from war-surplus anti-aircraft fire predictors.  It was phased out and usage moved to CSIRAC.

The above referenced book contains:

Apart from his pioneering work with computers, Trevor Pearcey was a prodigious publisher of scholarly papers. His interests included work in radio propagation, physical optics, scheduling of air traffic, crystallography, viscous flow and classes of non-linear systems which exhibit what is now referred to as aperiodic chaos. His collected works for the DSc awarded to him by the University of Melbourne in 1972, comprise three volumes of telephone book thickness, totalling almost 1800 pages.

Among these papers is an article, published in the Australian Journal of Science in February 1948, which may be considered prescient. Pearcey wrote:

“…in the non-mathematical field there is wide scope for the use of the techniques in such things as filing systems. It is not inconceivable that an automatic encyclopaedic service operated through the national teleprinter or telephone system, will one day exist.”

This was written long before the CSIR Mk1 (or even the Manchester Mk1 machine, which is generally considered to be the first real computer) was operational and decades before the evolution of on-line databases, the Internet and the World Wide Web.

In recent years Dr Pearcey lived on the Mornington Peninsula south of Melbourne. He kept in touch by e-mail with colleagues and friends (particularly those who are documenting Australia’s early achievements in computing). It is fitting that he was able to do this by means of the technology which he pioneered.

Note: this chapter does not attempt to cover the details of this period, which are well covered in the referenced material.