With the announcement in early 1983 of the plan to install a CDC Cyber 205 on CSIRONET, I prepared a proposal for a visit to the UK Meteorological Office at Bracknell, which already had a Cyber 205 (installed in 1981 as a Cyber 203E).  I was then working in programming support in the CSIRO Division of Atmospheric Research at Aspendale Victoria.  The aim of the visit was to gain early experience in the use of the Cyber 205, to begin porting codes that I had worked on at DAR, and as a bonus to work in an establishment with a similar research field, i.e. the atmosphere.

I initially applied for a CSIRO study award, but was unsuccessful in obtaining one.  Instead, my Chief (Brian Tucker) contacted DCR’s Chief (Peter Claringbold) for support for my visit, which was gained, with expenses of $10,000 being obtained from Control Data Australia.  I departed with my family on 15th November 1983, and commenced work  on 18th November in the Forecasting Research Branch (Met O 11) under Mike Cullen, with Alan Dickinson being my immediate supervisor.

Alan Dickinson gave me a project, to improve the Fourier filtering in the global forecasting model, which ‘blew up’ each September because of the high wind speeds over the southern hemisphere.  The case I worked on had an initial maximum wind speed of 130 m/s, and reached 140 m/s over the forecast period.

The first tasks were to become familiar with the code and the computing environment: in particular, the Cyber 205, the IBM 3081 front-end, and the interactive environment (ISPF) and editing.  The branch of around 20 staff had only about 4 IBM 3270 terminals, so interactive usage was limited.  Fortunately, some of the environment was familiar, with the UPDATE utility used to maintain source code libraries, and microfiche being used for any large-scale output and plots.

The Fourier filtering made heavy use of fast Fourier transforms.  The UK Met Office global forecasting model mostly used 32-bit arithmetic because it was double the speed of 64-bit arithmetic.  However, compiler support for this was minimal, particularly initially, and so a lot of the code was written using Q8 calls – see the example in Chapter 3.  In particular, the code for the transforms was around 1300 lines, and nearly all Q8 calls.  Here’s an extract:

(These routines were written by Clive Temperton, who had left the UK Met Office by the time of my visit, because of his objections to the Met Office’s involvement in supporting the Falklands War.  He was also a Councillor on the Bracknell Forest Council.)

I improved the model by replacing the Fourier chopping with Fourier damping, and made the algorithm adapt to the maximum wind speed, and reportedly sped up the model by 10% in production.  See:
Bell, R. C. (1984). Filtering in the Meteorological Office global forecast model. [Bracknell, Eng.]: [Great Britain. Meteorological Office]. (Met O working paper; 70). [22] p.

I developed a global cross-reference utility, to map the use of variables in common blocks across all the routines of the model.

I also ported several codes from Aspendale to the 205 – made more difficult by having to regress since there was not at that time a compiler for Fortran 77 on the 205.

I shared an office (room 406) with Rex Roskilly, Sue Ballard and Steve Forman.

Here is a picture from the Western side of the UK Met Office building in Bracknell in November 1983. 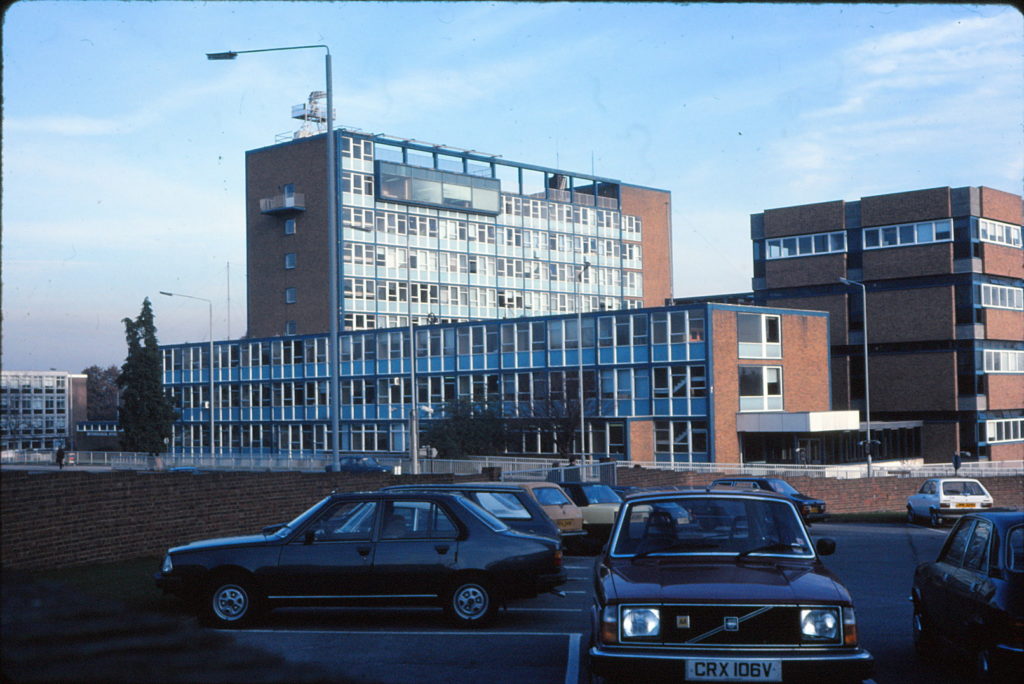 Here’s a picture of the main entrance on the South or East side. 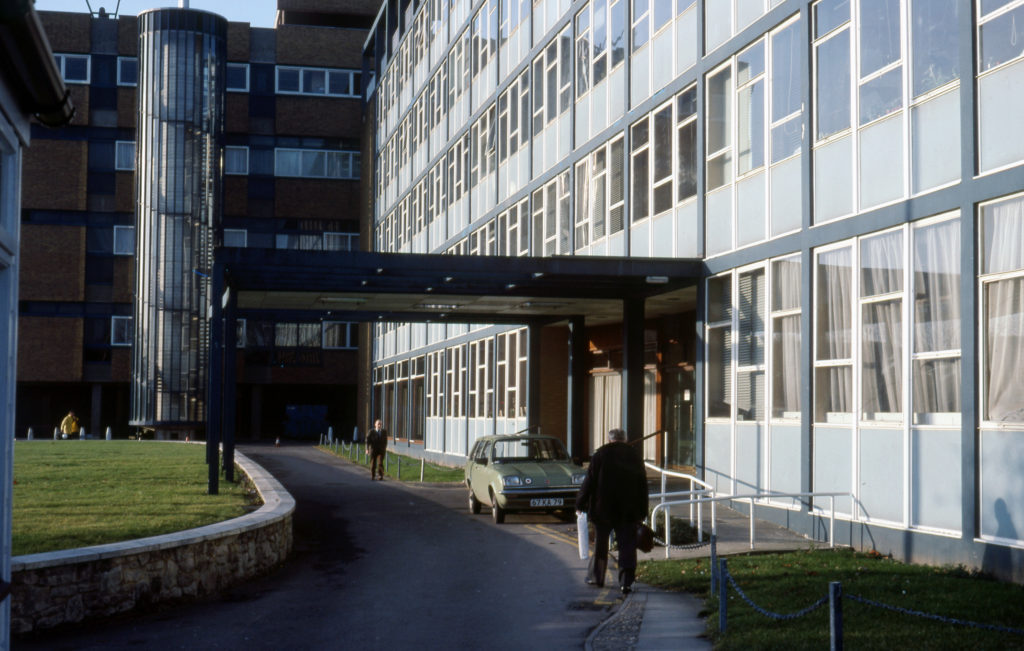 While based at the UK Met Office, I was able to attend a meeting of ECODU – European Control Data Users – in Montreux, Switzerland, gaining useful contacts with other sites with Cyber 205s (such Manchester University).