Dr Cutmore joined CSIRO in 1983 as a Research Scientist in the On-line Analysis and Control Program, and is currently Site Manager for CSIRO Minerals at Lucas Heights and Theme Leader, Instrument Systems for On-line Analysis. His research interests over this time have predominantly been in microwave and radio frequency technologies for the on-line analysis of materials in the minerals, coal and oil industries.

Dr Cutmore has received the following major awards for his work:

He was elected as a Fellow of the Australian Academy of Technological Sciences and Engineering in 2004. 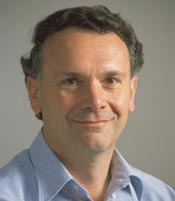