He joined CSIRO Division of Plant Industry as a research scientist in 1956 at its Deniliquin (NSW) research station, and remained with the Division throughout his working life. At Deniliquin he worked with Dr JP Quirk then of the CSIRO Division of Soils, Adelaide, to overcome the problems of pasture establishment on the irrigated heavy clays of the riverine plain. Success came with the use of small quantities of gypsum dissolved in the irrigation water or with large quantities broadcast on the soil.

With Dr JR Philip, also at CSIRO Division of Plant Industry, Deniliquin, he published the first mathematical model of light and pasture growth as a theoretical basis for pasture management.

In 1966, he transferred to Canberra and began working to help producers in the high-rainfall zone, turning within a few years to wheat. He was determined that they should have the same opportunities to grow wheat that the wheat/sheep zone offered. The plant breeding program resulted in the generation of the following new varieties of wheat such as: Lawson, Paterson, Gordon, Tennant, Brennan and Dennis. The breeding program catered for different parts of the high-rainfall zone with varieties with increasing resistance to disease. The program also produced the long-season winter wheat Mackellar which was the first wheat variety resistant to the major stunting disease, Barley Yellow Dwarf Virus (BYDV). This variety was registered by Susan Kleven who first worked with Davidson and later succeeded him.

Jim Davidson’s contributions to plant science have been recognised by the following honours and awards: 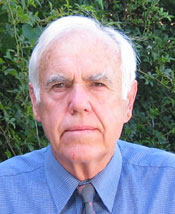