His early career (from 1983 to 1987) was spent in the ceramic research group at General Motors developing high-strength, zirconia based materials. He then joined the Institute of Gas Technology (now GTI) in 1987 where he contributed to both their molten carbonate fuel cell (MCFC) and thermal storage programs. He was instrumental in scaling up the processing of MCFC active components (electrodes and electrolyte) to full scale (20 – 70 kW) and managed the Development Group and Pilot Plant at their spin-off company MC Power.

Mr Donelson joined CSIRO’s solid oxide fuel cell (SOFC) program in 1992 around the time Ceramic Fuel Cells Limited (CFCL) was launched. For the next seven years, he was seconded to CFCL as a Project Leader and contributed to the R&D which underpinned the formation and early operation of the company. He played a key role in establishing CFCL’s fuel cell component fabrication facilities. Initially, his team developed the thin, ionic conducting ceramic membranes at the heart of the high temperature SOFC. This work resulted in one of the first processes to yield net-shape SOFC electrolyte membranes in a single firing with high degree of reproducibility and for high dimensional tolerances. This process, along with those for the formation of the electrode coatings, was the basis for the CFCL’s initial fuel cell component manufacturing pilot plant in Churchill, Victoria, which he helped design and commission. 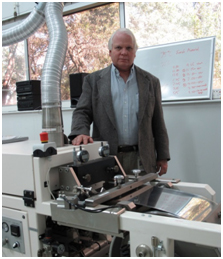 Mr. Donelson then managed this pilot plant and oversaw the implementation of its Quality Assurance program. During this time he also led a team that developed a medium temperature, anode-supported SOFC technology. In addition to developing the materials and processes for the electrochemical components, he and another engineer designed a new, stackable interconnect-manifold system for these cells.

On his return to CSIRO and in the early 2000’s he joined the Luneburg lens development effort lead by the Division of Telecommunications and Industrial Physics (later to become the CSIRO ICT Centre). Mr Donelson’s role was to develop the ceramic component of a low-loss polymer-ceramic composite, as well as the techniques for moulding a 900 mm lens. Between 2005 and 2011, he contributed to the development of metal membranes and devices for hydrogen separation – a joint project between CSIRO and Queensland Centre of Low Emission Technologies. He also made a substantial contribution to the development of highly-shaped ceramics for ballistic applications.

Mr. Donelson is author of several patents including two on solid oxide fuel cells granted in several countries, more than 12 papers in journals and conference proceedings and many client reports.

He won the American Ceramic Society’s Howard Lillie award in 1981 and severed as Chair of their Chicago-Milwaukee Branch for two years. 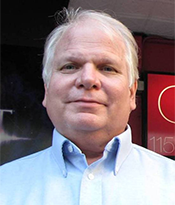