Frederick Charles Pye was born in Darling Point (Sydney) on 18th January 1895 and was very much a man of the land.

He and his family were well known in grazing circles throughout Australia. His father (a direct descendant from settlers who came to Australia with the Second Fleet in 1790) owned a number of properties in New South Wales and was a prominent wool buyer. Fred Pye himself entered the sheep and wool industry at an early age and found his time divided between properties in the country and his business interests in the city. Over the years his investments grew steadily and he went on to own grazing land in many parts of Australia. In addition he had financial interests in mining in Canada, Portugal and South Africa.

In his 1970s, Fred Pye was still directing his business affairs from his Sydney office and visiting country areas regularly. He did a great deal of travelling in Australia and overseas. A strong believer in early rising and walking to work, he was usually the first in his office in the morning. 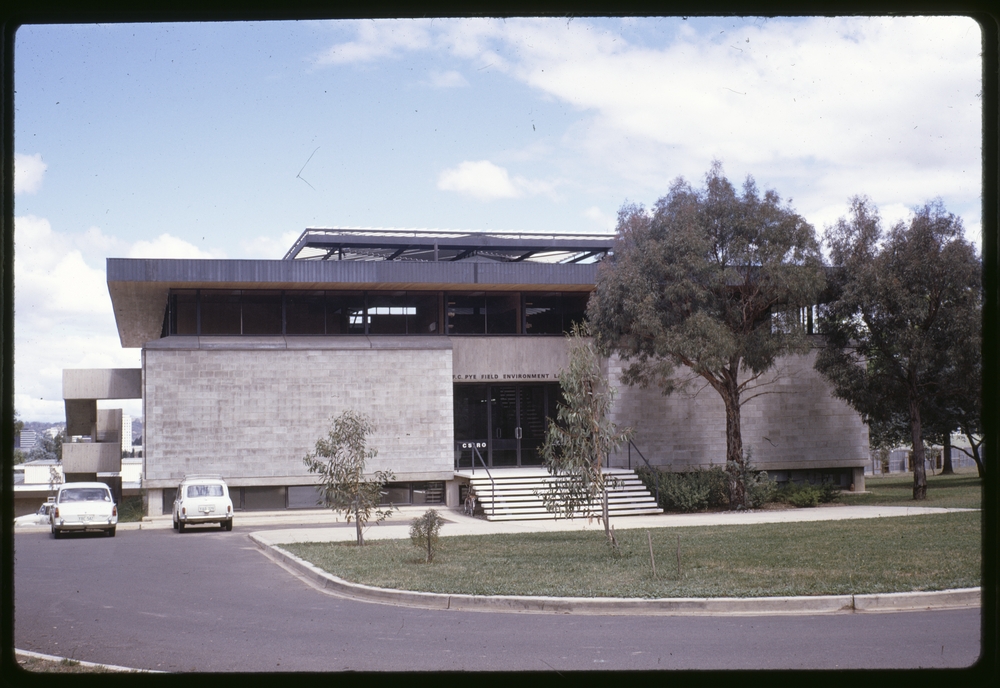 In 1962 Mr Pye approached the CSIRO and offered his property ‘Geraldra’ at Stockinbingal (near Cootamundra) as gift for the further development of agricultural research. At the time, it was the largest private gift ever made to CSIRO.

In 1963 the property was acquired and the 8,600 acres realised the large sum of $500,000. CSIRO decided to apply a substantial portion of the money to the construction of the F. C. Pye Field Environment Laboratory, a building which at the time was a ‘unique concept in field research’. The laboratory provided an essential link between practical agriculture and the controlled research of the Phytotron. The funds provided the laboratory building itself, major items of equipment, and a fellowship scheme to enable overseas scientists to participate in the research programme.

Mt Pye was an unpretentious man and agreed with some reluctance to his name being given to the building. As a practical country man he showed a quick grasp of the type of research to be carried out in the building that bears his name by commenting that the “customers” served by the laboratory would not be so much the farmer himself, but the scientists of many fields who are carrying out practical research for the farmer.

Mr and Mrs. Pye were present at the official opening of the new laboratory. The opening marked the culmination of events leading from Mr. Pye’s first approach to the CSIRO Executive in 1962.

Frederick Charles Pye was one of the founders of the Rural Australia Foundation.

The FC Pye Rural Australia Foundation Scholarship is named in his honour.