From 1959 to 1962, he worked at the National Institute for Research in Dairying, Shinfield, UK, on the factors controlling the voluntary food intake by cattle and in 1962 he joined CSIRO Plant Industry to begin his lifelong work on the nutrition of grazing sheep and the development of decision support tools for the grazing industry.

He retired from CSIRO in 1994 continuing as an Honorary Research Fellow working on decision support (DS) tools for over 16 years.

He served in the following roles:

1981 – 93: On the Editorial Board of the Journal of the Science of Food and Agriculture (Society of Chemical Industry, London)

1981 – 86: On the Advisory Committee of the Australian Journal of Agricultural Research

1992: Fellow of the Australian Society of Animal Production 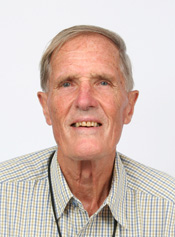