International partnership to protect us from deadly viruses

Researchers from Australia, Singapore and the US are joining forces, through a A$20 million partnership, to help pre-empt and prepare the world for the next human pandemic.

“We now know that 70 per cent of new diseases in people have originated in animals,” Dr Fitt said.

“We are lucky to have a strong biosecurity system, backed by world-class science, but we live in an increasingly connected world with trade and people movements putting us at greater risk.”

Recently a new SARS-like virus has emerged from the Middle East and has killed 45 of 82 people infected since September 2012.

Known as Middle East Respiratory Syndrome (MERS), it has spread from the Middle East to the United Kingdom, Germany, France, Italy and Tunisia.

“Bringing all of these disciplines together to develop a One Health approach rather than working independently is what our new international partnership is all about.”

While in China there is a new strain of highly pathogenic bird flu, known as H7N9, which is spreading undetected, killing people instead of chickens. It is unknown how it spreads.

CSIRO and Duke-NUS (an alliance between Duke University in North Carolina, USA and the National University of Singapore) have signed a relationship agreement with a view to forming the International Collaborative Centre for One Health to assist in taking a new approach to tackling these deadly viruses.

Dr Linfa Wang, CSIRO Science Leader and Director of the Program in Emerging Infectious Diseases at Duke-NUS, said that responding to these emerging threats needs a different approach to the past and must integrate medical, veterinary, ecological and environmental research.

“Bringing all of these disciplines together to develop a One Health approach rather than working independently is what our new international partnership is all about,” Dr Wang said.

“We are combining CSIRO’s world-leading bat virology research with Duke-NUS medical expertise in the development of new and more effective methods for the discovery, treatment, prevention and control of new and emerging diseases in people.”

Research is already underway with the team at Duke-NUS working to develop new tests for early and rapid detection of emerging infectious diseases, such as Hendra virus and coronaviruses.

CSIRO scientists with expertise in bat virology will then test and validate these new platforms at the Australian Animal Health Laboratory, the world’s most advanced high containment facility, located in Geelong Victoria.

This work builds on CSIRO’s major achievements in biosecurity research which have already had a profound impact on Australia’s biosecurity status including the delivery of a biological control for one of the world’s most invasive pests –  the silverleaf whitefly – and the recent development of an equine Hendra virus vaccine. 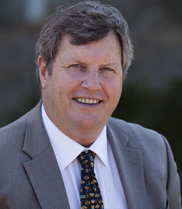 An artificially coloured electron micrograph of the new SARS-like virus – now known as the Middle East Respiratory Syndrome (MERS) – which has caused an ongoing outbreak of respiratory disease and has spread from the Middle East to the United Kingdom, Germany, France, Italy and Tunisia.

International partnership to protect us from deadly viruses

What we are concentrating here is really with emerging infectious disease.  One of the key features now most of emerging pathogens come from animal and jump across species to human, so the One Health approach is really about working together, multidisciplinary, you know from wildlife to livestock and to human health.

For Australia really to really protect the nation from these kinds of disease, the best is to partner with the key players in Asia so that we can do pre-emptive research.

For HD quality footage of our scientists working at the highest level of biosecurity please contact Emma Pyers (see contact details below).